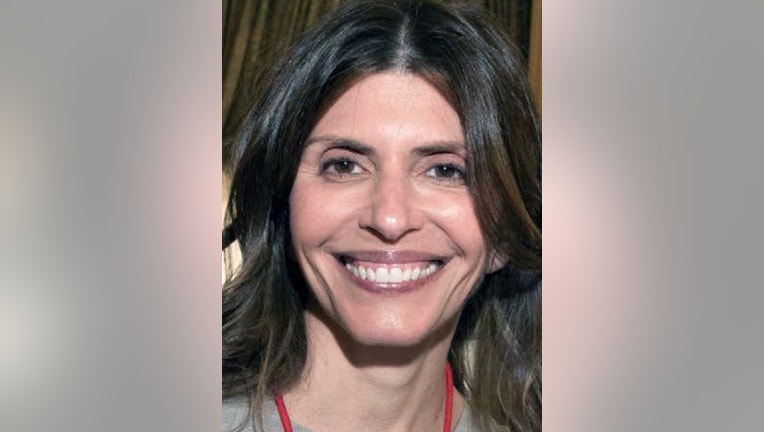 FILE - This undated file photo from a missing persons flier provided by the New Canaan Police Department shows Jennifer Dulos, a mother of five who went missing in May 2019. Her estranged husband, Fotis Dulos, was taken into custody by state police T

HARTFORD, Conn. (AP) — Two years before mother-of-five Jennifer Dulos went missing last May in what police believe was a murder, her estranged husband tried to run her over outside her new Connecticut home around the time she had filed for divorce, the children's nanny told police.

The allegations were revealed in nearly 500 pages of search warrants that were released Wednesday after being unsealed by a state judge presiding over the criminal cases of Fotis Dulos, who last week was charged with murder in the disappearance and presumed death of Jennifer Dulos.

A message seeking comment was left Wednesday with Fotis Dulos' lawyer, Norman Pattis. Fotis Dulos has denied having anything to do with Jennifer Dulos' disappearance or presumed killing.

In a statement on Wednesday, Pattis said, “A preliminary review of the warrant leaves us relieved and saddened. We're relieved that there is nothing we didn't expect or have heard about; saddened because it's obvious the state police really have no idea what became of Jennifer. This remains an open case in our view.”

In interviews with police, the nanny, Lauren Almeida, described a volatile time in the relationship between Jennifer and Fotis Dulos in the summer of 2017. Jennifer Dulos had left the family home in Farmington with her children in early June and filed for divorce on June 20.

Besides the vehicle incident outside Jennifer Dulos' new home in New Canaan, Almeida said Fotis Dulos that summer had also chased Jennifer Dulos through the Farmington home. She said Jennifer Dulos ran into a bedroom and slammed the door, which Fotis Dulos started pounding on in an attempt to open it, according to the search warrants.

Almeida said Fotis Dulos appeared to calm down when he realized that Almeida and one of his children were in the bedroom with Jennifer Dulos.

“Almeida said Jennifer did not want to call the police as she was very afraid of her husband and he threatened to take the children permanently to Greece,” New Canaan officers wrote in one of the warrants.

Also in June 2017, Farmington police seized an unregistered handgun from Fotis Dulos because of a protective order.

Two months later, Jennifer Dulos called New Canaan police from her new home to report that Fotis Dulos had argued with her in front of the children, calling her a “bad mother” and saying she “belongs in an asylum.”

“Jennifer Dulos had become upset, started to cry, and contacted New Canaan Police,” investigators wrote. “No arrests were made in this incident.”

Jennifer Dulos disappeared on May 24 after dropping all the children off at school in New Canaan. Her body has not been found.

Police allege Fotis Dulos attacked her in the garage of her home when she returned from dropping off the children and drove off with her bloody body, according to an arrest warrant charging Fotis Dulos with murder.

The medical examiner concluded Jennifer Dulos could not have survived her injuries from the attack without immediate medical attention, given the large amount of blood found in the garage.

His former girlfriend, Michelle Troconis, and his friend, attorney Kent Mawhinney, were both charged last week with conspiracy to commit murder. They are accused of helping Fotis Dulos cover up the killing by creating bogus alibis and through other actions.

Police say Fotis Dulos was recorded on surveillance video in Hartford, with Troconis with him in a pickup truck, disposing of clothing, plastic zip ties and other items that later tested positive for Jennifer Dulos' DNA, hours after she disappeared.

The children have been living with Jennifer Dulos' mother in New York City.

In the arrest warrants, police have suggested a possible financial motive, saying Fotis Dulos was $7 million in debt and would have had some access to the children's trust funds if Jennifer Dulos died. Fotis Dulos denies that allegation.