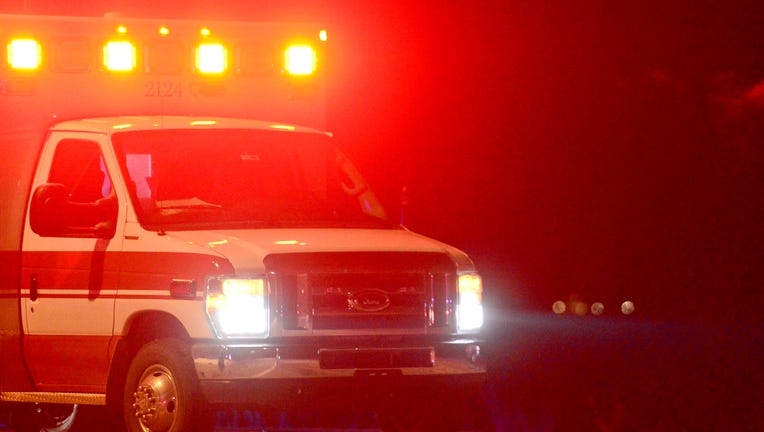 The lights of an ambulance are shown in a file image. (Photo by Matt Jonas/Digital First Media/Boulder Daily Camera via Getty Images)

The 2012 Nissan Altima struck the truck as it was pulling away from a stoplight just before midnight Friday in Woodbridge, Sgt. Philip Agosta said Saturday.

Michaela Powell, 23, and Uchechukw Chukwuma, 24, were pronounced dead at the scene, Agosta said.

Brianna Martinez, 23, was taken to Robert Wood Johnson University Hospital in New Brunswick, where she was pronounced dead, he said.

Agosta said all three were from the Somerset section of Franklin Township.

The crash remains under investigation, and anyone with information is asked to call investigators.