Police Commissioner Dermot Shea and Chief of Detectives Jimmy Essig talk about the arrest of a suspect in the shooting death of Shanice Young, who was pregnant and coming home from her baby shower.

NEW YORK - A law enforcement task force arrested a man suspected of shooting his ex-girlfriend in the face, killing her and her unborn baby, the NYPD said.

Cops took Justin Soriano, 40, into custody "without incident" at a friend's home in the Bronx on Thursday morning, Chief of Detectives Jimmy Essig said at a news conference. Police charged him with second-degree murder in the death of Shanice Young, 31, who was eight months pregnant.

"This incident shocked the conscience of the city," Essig said.

Young and four children parked on West 128th Street in Harlem just after 1 a.m. Sunday, Essig said. They were coming home from a baby shower held in Young's honor. As Young and her boyfriend were unloading gifts from the car, Soriano appeared.

"There was an argument — the current boyfriend was on the scene," Essig said. "Mr. Soriano brandishes a firearm, chases the new boyfriend — and then comes back, confronts Miss Young, and shoots her, hitting her in the face, causing her demise."

The violence unfolded in front of the four children, who had been helping to unload the car, he added.

The chief said Soriano has more than a dozen prior arrests.

He also faces charges of criminal possession of a weapon, acting in a manner injurious to a child, and menacing, according to the NYPD.

"Our hope here is that this apprehension begins the process of closure for the family," Police Commissioner Dermot Shea said, "and just as importantly, for the community for this terrible, terrible crime." 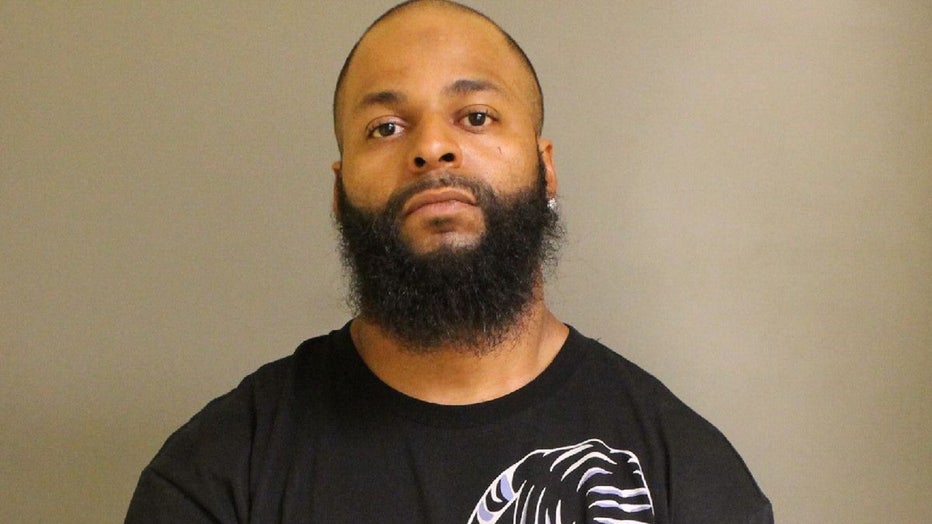