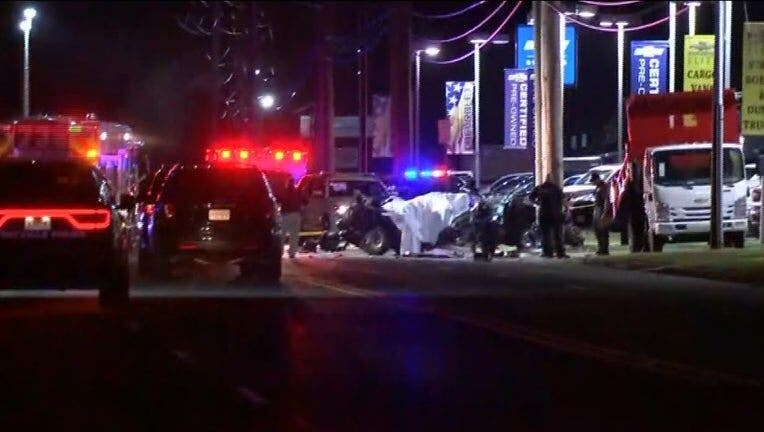 WESTVILLE, N.J. - Four people were killed in a crash in front of a southern New Jersey car dealership over the weekend, authorities said.

Police officials later confirmed that it happened after 9 p.m. Saturday in front of Pellegrino Chevrolet on Gateway Boulevard just off Interstate 295.

There was no further information about the victims or the circumstances of the crash.