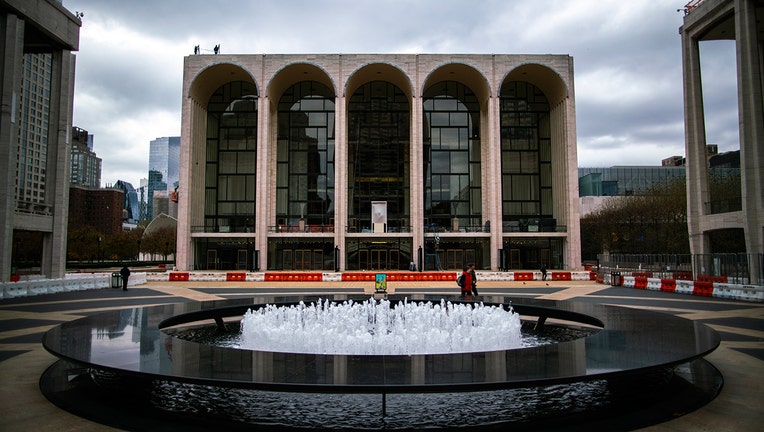 The Metropolitan Opera House is seen closed on November 17, 2020 in New York, (Photo by Eduardo MunozAlvarez/VIEWpress)

NEW YORK - Even before the first note, there were a pair of standing ovations — one when the chorus filed in and another when concertmaster Benjamin Bowman walked on to tune up the orchestra.

About 90 minutes later, when conductor Yannick Nézet-Séguin relaxed his arms, the 3,600 people filling the seats of the Metropolitan Opera House responded with 8 1/2 minutes of thunderous applause, bringing wide smiles and hints of tears to the 200-plus performers on stage.

For the first time in 550 days, an audience was inside the auditorium at Lincoln Center for the Performing Arts on Saturday night, attending a poignant performance of the Verdi Requiem. The night was in commemoration of the 20th anniversary of the Sept. 11, 2001, terrorist attacks but in fact marked much more.

The company was performing in its home for the first time since hundreds of thousands of deaths caused by the coronavirus pandemic, including Met violist Vincent Lionti, assistant conductor Joel Revzen, and chorister Antoine Hodge.

Some New Yorkers got a rare treat Saturday as they got to watch a live performance, in person, from furloughed artists from the Met.

It also marked the first performance in the house since the death of conductor James Levine, the Met's towering figure of the last half-century. He died in March at 77, a little over three years after was he was fired for sexual improprieties. Verdi was a specialty, and the last of his 2,552 Met performances was the company’s previous Verdi Requiem in December 2017.

Levine’s successor as music director was on the podium. The 46-year-old Nézet-Séguin led a performance of far more impact and subtlety than Levine’s final efforts, when his conducting was hampered by Parkinson’s Disease.

Following a year of labor strife that culminated in new contracts, the Met orchestra of 90 and chorus of 120 led by chorus master Donald Palumbo showed the world-class status they reached under Levine, basking in the rapturous applause of an audience starved for live music.

The Metropolitan Opera has reached an agreement on a labor contract with its locked out stagehands, the second of three major deals needed to resume performances in September following the pandemic.

The pandemic caused the Met to cancel more than 275 performances, including its entire 2020-21 season, plus an international tour. The gap was the longest since the company began in 1883.

In the first performance at the house since Mozart’s "Così fan tutte" on March 11, 2020, the four soloists were all superb: soprano Ailyn Pérez, mezzo-soprano Michelle DeYoung, tenor Matthew Polenzani, and bass-baritone Eric Owens.

Some in the audience congratulated long-unseen friends and acquaintances for making it through the 18 months. There were no speeches from the stage. This was the second step in the Met’s return following a pair of Mahler Seconds performed outdoors last weekend in Lincoln Center’s Damrosch Park.

Accounting for the pandemic, the audience appeared to be 100% masked. Proof of vaccination was required for entry, leading to lengthy lines.

The first two rows of the orchestra were covered, increasing separation between the performances and audience.

Programs were digital-only -- the Met said printed versions will be restored when the season starts.

Still ahead is the formal opening night of the season on Sept. 27, when Nézet-Séguin conducts Terence Blanchard’s "Fire Shut Up in My Bones," the first work by a Black composer in the Met’s 138-year history and another milepost in New York City’s return to normalcy.

The Met’s opening night is a marker of the start of New York’s social season, a series of white-tie and black-tie gatherings that was largely skipped in 2020-21.

On a night to remember those who perished, the Met made city life seem a lot closer to normal.