Queen Elizabeth II opted not to attend the Epsom Derby Saturday as part of her Platinum Jubilee celebration, the second time in as many days that her mobility issues have robbed crowds of a chance to see her.

The 96-year-old monarch also isn’t expected to attend the evening Platinum Jubilee concert outside Buckingham Palace, where Sirs Elton John and Rod Stewart, Alicia Keys and Queen + Adam Lambert will perform. Prince Charles and Prince William, the queen’s son and grandson, are scheduled to address the crowd of 22,000 people.

The queen has had problems moving around lately, which the palace describes as "episodic mobility issues," limiting her public appearances in recent months.

On Saturday, the queen was represented at the prestigious Epsom Derby race by her daughter, Princess Anne, who appeared in the royal box to crowds cheering and waving Union flags. 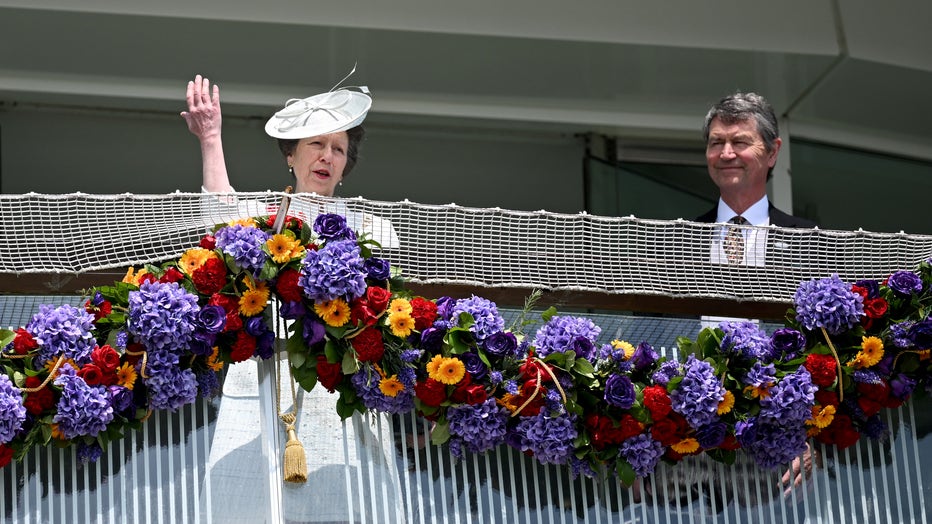 On Friday, the queen skipped a special service of Thanksgiving in her honor at St. Paul’s Cathedral in London. Palace officials said she had experienced "some discomfort" at events the day before.

Prince Harry and his wife, Meghan, were among nearly 50 members of the royal family who gathered to honor the absent head of state. It was the couple's first public appearance in the U.K. since they stepped back from royal duties and moved to California two years ago.

In another sign of thawing relations, royal accounts on Twitter wished Harry and Meghan's daughter Lilibet, a happy first birthday. Lilibet turned one on Saturday. She and her older brother, Archie, haven't yet made an appearance during this trip. 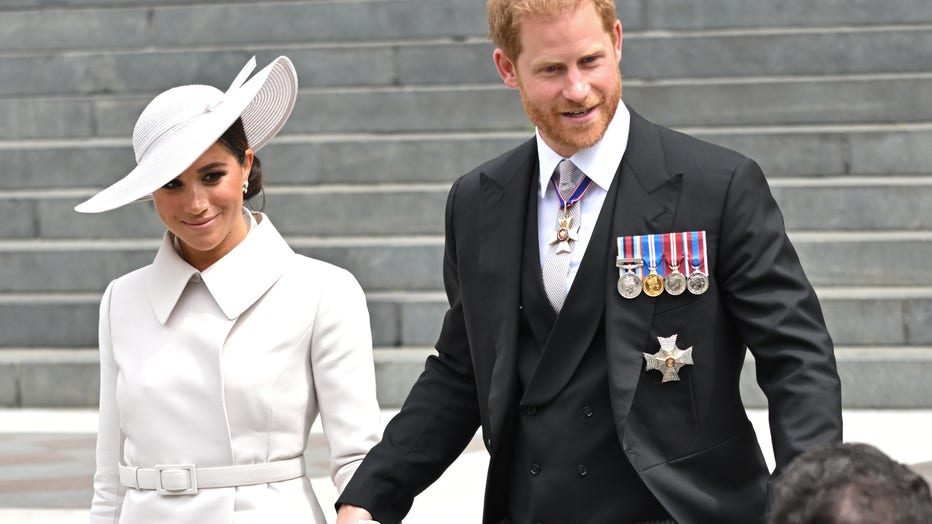 Sunday marks the culmination of Platinum Jubilee celebrations with the Platinum Jubilee Pageant. As part of the jubilee pageant, dancers from London's African-Caribbean community will don costumes of giant flamingos, zebras and giraffes to re-imagine the moment in 1952 when Princess Elizabeth learned she had become queen while visiting a game park in Kenya. 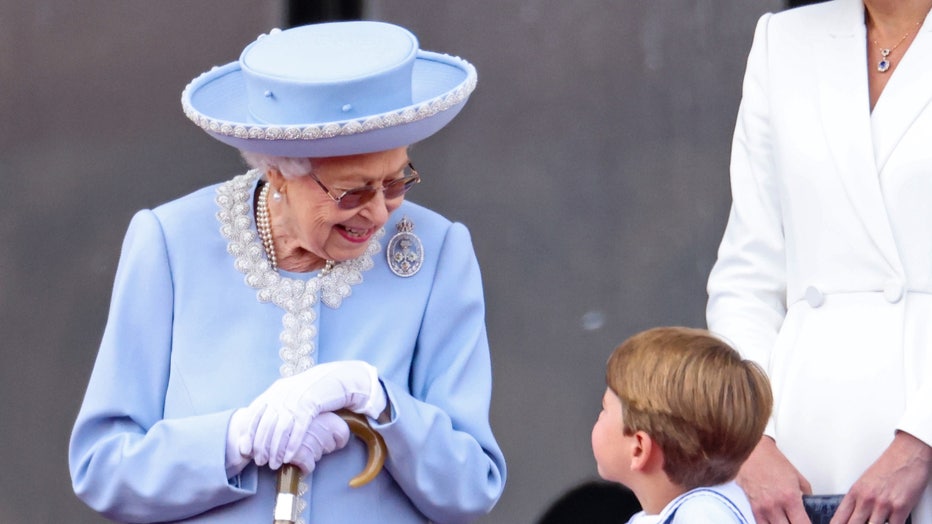 LONDON, ENGLAND - JUNE 02: (L-R) Queen Elizabeth II and Prince Louis of Cambridge look out on the balcony of Buckingham Palace during the Trooping the Colour parade on June 02, 2022 in London, England. (Photo by Chris Jackson/Getty Images)

Another group will recall the queen’s 1947 marriage to Prince Philip and celebrate weddings around the Commonwealth with Bollywood-style dancing.

The acts also include a 20-foot-tall puppet of a young woman, surrounded by a pack of mischievous corgi puppets.