ORLANDO, Fla. - Even though a federal judge ordered the U.S. Census Bureau to halt winding down the 2020 census for the time being, supervisors in at least one California office have been instructed to make plans for laying off census takers, according to an email obtained by The Associated Press.

The email sent Wednesday from a field manager in California instructs supervisors to rate the census takers working under them with letters “A," “B," and “C." Those getting a “C" rating will be the first terminated during the next round of layoffs, according to the email which doesn't say when the cuts will take place.

Census Bureau spokesman Michael Cook said no directive to make such ratings has been made from headquarters or the six regional offices across the county. Census officials planned to follow up with the local offices to make sure they understood the correct procedures, he said.

“This is not something we are directing people to do," Cook said. 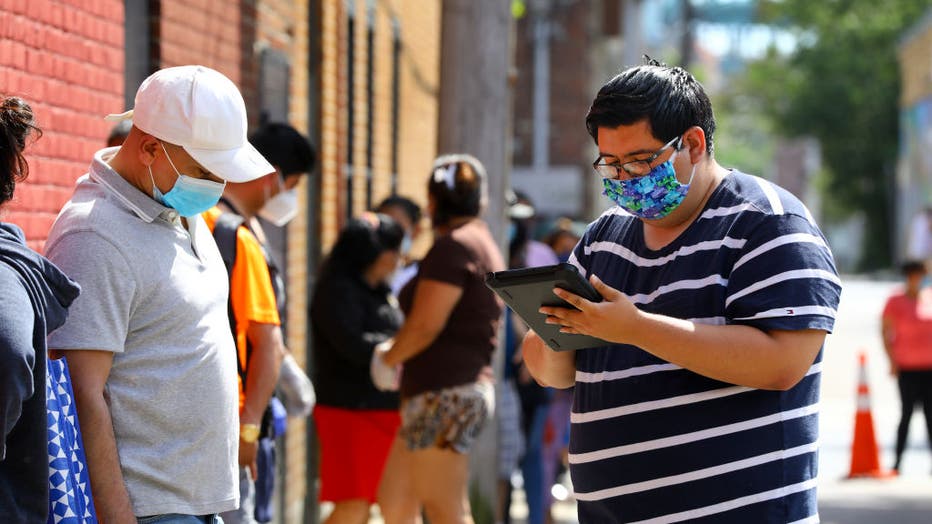 The email was sent out Wednesday, just days after U.S. District Judge Lucy Koh in San Jose, California, granted a temporary restraining order last weekend to stop the Census Bureau from winding down operations until a court hearing for a preliminary injunction is held Sept. 17.

In response to the judge's temporary restraining order, the Census Bureau said Tuesday it would refrain from laying off census takers who were in late phases of the door-knocking operation. The census takers are sent out to homes that have not yet responded to the census on their own either online, by phone or by mail.

The once-a-decade head count of every U.S. resident helps determine how $1.5 trillion in federal funding is distributed and how many congressional seats each state gets in a process known as apportionment.

The temporary restraining order was requested by a coalition of cities, counties and civil rights groups that had sued the Census Bureau, demanding it restore its previous plan for finishing the census at the end of October, instead of using a revised plan to end operations at the end of September. The coalition had argued the earlier deadline would cause the Census Bureau to overlook minority communities in the census, leading to an inaccurate count.

RELATED: Census Bureau to end all counting efforts on Sept. 30, one month earlier than planned

But the Census Bureau says it won't be able to make a Dec. 31 deadline for turning in apportionment numbers if the field operations are extended an extra month.

The lawsuit contends the Census Bureau changed the schedule to accommodate a directive from President Donald Trump to exclude people in the country illegally from the numbers used in redrawing congressional districts. The revised plan would have the Census Bureau handing in the apportionment numbers at the end of December, under the control of the Trump administration, no matter who wins the election in November.

More than a half dozen other lawsuits have been filed in tandem across the country, challenging Trump’s memorandum as unconstitutional and an attempt to limit the power of Latinos and immigrants of color during apportionment.

“It’s a pretty sweeping order that should shine a light on what informed and drove the government actions here,” said Kristen Clarke, president and executive director of the Lawyers Committee for Civil Rights Under Law, one of the groups involved with the San Jose lawsuit.

Because of the pandemic, the Census Bureau pushed back ending the count from the end of July to the end of October and asked Congress to extend the deadline for turning in the apportionment number from December, as required by law, into next spring. The request passed the Democratic-controlled House, but when the Republican-controlled Senate failed to take up the request, the bureau was forced to create a revised schedule that had the census ending in September, according to the statistical agency.

House Democrats on Thursday urged their Senate colleagues to extend the deadline during a hearing by the House Committee on Oversight and Reform.

“An undercount will directly harm states, and therefore people, across this country — including states with large populations who vote Republican," said U.S. Rep. Carolyn Maloney, a Democrat from New York who chairs the committee.

The committee released estimates of the federal funding that almost a dozen states would lose if 1% of the population was missed in the census. They ranged from $9.7 million a year for a small state like Montana to $304 million annually for a large state like Texas.

Separately, the watchdog agency for the Census Bureau said it had received dozens of hotline complaints from census workers at 26 locations about violations of coronavirus safety protocols. The complaints included workers not quarantining if they had tested positive for the coronavirus, failure to wear face masks, not socially distancing, offices not being properly cleaned and personal protective equipment not being provided, according to the Office of Inspector General.