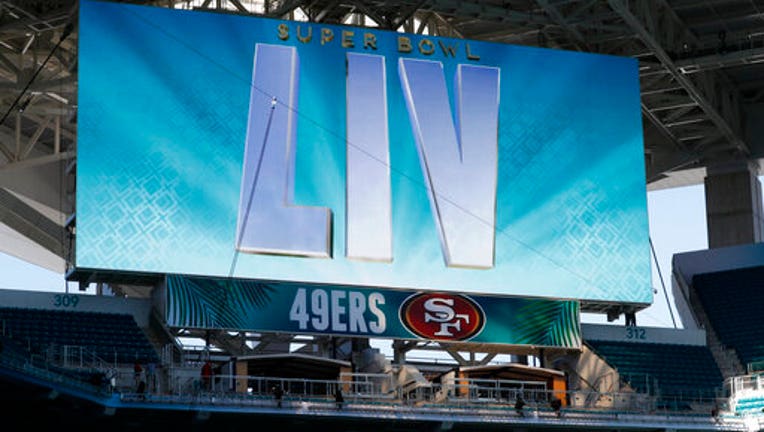 A scoreboards is seen during a tour of Hard Rock Stadium on Tuesday, Jan. 21, 2020, ahead of a NFL Super Bowl LIV football game in Miami Gardens, Fla. (AP Photo/Brynn Anderson)

While the Kansas City Chiefs and the San Francisco 49ers will battle it out on the field during the Super Bowl, pizza restaurants across the nation will attempt to claim as man customers as possible on one of the biggest food-oriented days of the year.

FOX Business reports that Pizza Hut anticipates selling over 1.5 million pizzas this year for the Super Bowl, while Domino’s typically sells nearly 2 million, an increase of roughly 40 percent from a typical Sunday, according to its website.

According to market research firm YouGov, last year 37 percent of Super Bowl viewers were estimated to eat pizza during the game.

"Regardless of where our fans are experiencing Super Bowl LIV, we have our teams preparing nationwide to make sure the biggest day in football goes off without a hitch," said Nicolas Burquier, chief customer and operations officer at Pizza Hut.

You can catch this year’s big game right here on FOX 5 NY.