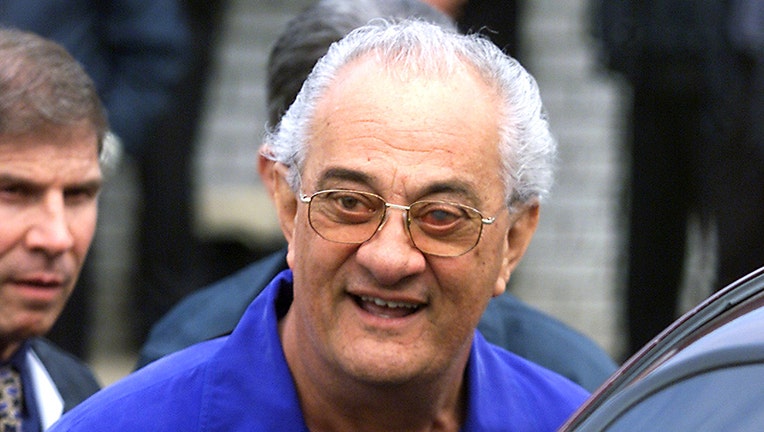 Peter Gotti, brother of jailed mob boss John Gotti, is led out of the Waterfront Commission by police after being arrested along with 16 other alleged members of the Gambino crime family. (Photo by Mike Albans/NY Daily News Archive via Getty Images)

Gotti, 81, died of natural causes while incarcerated at the Federal Medical Center in Butner, North Carolina, said the person, who could not discuss the matter publicly and spoke to the AP on condition of anonymity.

Gotti was sentenced to a 25-year term for his conviction in 2003 on racketeering and other charges alleging he took command of the Gambinos after his brother was locked up.

He had sought an early release, citing his poor health and his rejection of the gangster life, in an effort to avoid dying in prison. He served more than 17 years behind bars.

John Gotti, who was known as both the "Dapper Don" because of his expensive suits and silvery swept-back hair, and the "Teflon Don" after a series of acquittals, was serving a life term for racketeering and murder when he died of cancer in 2002.

Peter Gotti had been sick for some time, suffering from thyroid problems, and was blind in one eye, said Lewis Kasman, a former mobster and close confidant of John Gotti.

Kasman recalled Peter Gotti, a former sanitation worker, as a "regular knockaround guy who didn't let his title go to his head." His kindness, however, made him ill-suited to lead the Gambino crime family, Kasman said.

"He was trying to do his brother's bidding and he had a tough task," he said. "A lot of the captains were very upset with him because he wasn't a strong boss. The Lucchese family walked all over him."