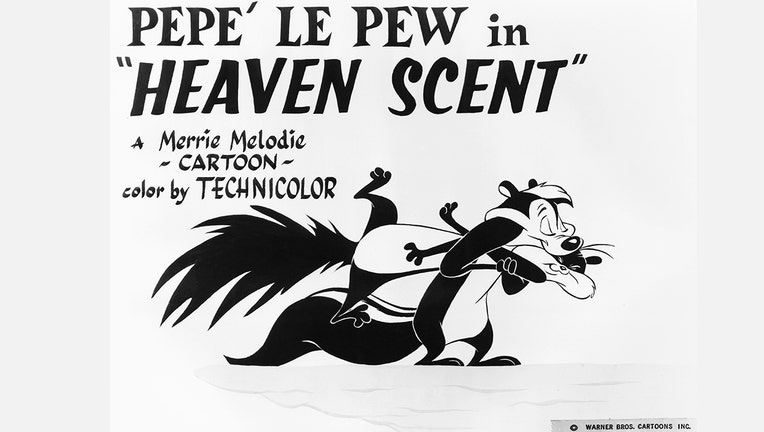 NEW YORK - Have we seen the last of Pepé Le Pew?  The controversial Looney Tunes cartoon skunk is reportedly not going to be used in any future projects.

The news comes after it was reported that Pepé was scrubbed from the upcoming movie Space Jam 2.

Despite that column, the Hollywood Reporter says that Warner Bros. made the decision to shelve the character a year ago.

WHICH DR. SEUSS BOOKS ARE BEING PULLED OVER RACIST IMAGERY?

Blow responded to criticism for his stance by tweeting:  "1. He grabs/kisses a girl/stranger, repeatedly, w/o consent and against her will. 2. She struggles mightily to get away from him, but he won’t release her 3. He locks a door to prevent her from escaping."

The French skunk was introduced in 1945 and often made unwanted advances to other cartoon characters.

The new Space Jam movie Space Jam A New Legacy is set to be released on HBO Max in July.  It features LeBron James along with Bugs Bunny, Space Ghost, and other cartoon favorites.