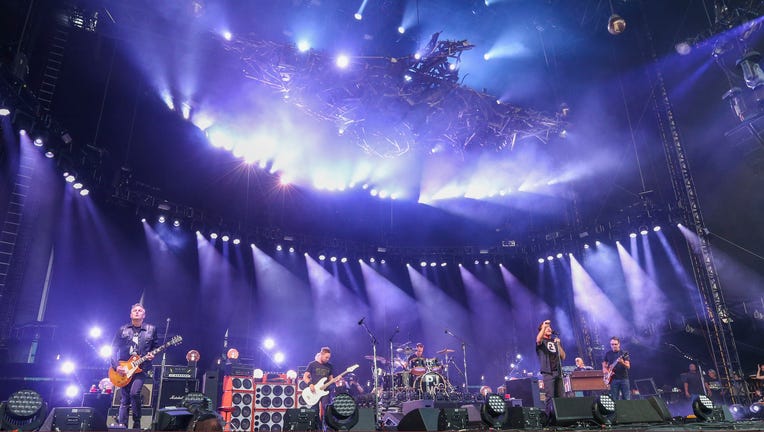 A young musician got the opportunity of a lifetime to hit the stage with legendary rock group Pearl Jam for a performance last Friday. Kai Neukermans of Mill Valley, California, played with the band after drummer Matt Cameron tested positive for COVID, according to media reports.

In a May 14 video posted on YouTube, band leader Eddie Vedder introduced the 18-year-old to the crowd. "Everybody this is Kai, Kai this is everybody." The video so far has gained 114,390 views.

Before the set, Vedder took a moment to inform the crowd about Neukermans getting his shot to play with them. "We reached out to him this afternoon and he hasn’t graduated high school yet," Vedder said. "Please welcome to the stage Mill Valley’s own Kai Neukermans."

Neukermans is a drummer for the teen rock group Alive, according to the San Francisco Chronicle. The 18-year-old walked on the stage to applause and looked unfazed as he grabbed the drum sticks to perform.

People Magazine reported Sunday that Neukermans friends and family encouraged him to reach out to Pearl Jam to serve as their replacement drummer for the performance.

The young drummer sent a text message to Vedder’s daughter, Olivia, whom he met in 2018. According to People, Vedder’s daughter told Neukermans she would run the idea by her father to have him perform with them at the concert.

Neukermans later got a text message from Pearl Jam, who asked the teen to send them a video of him playing the drums. The band was impressed and their manager contacted Neukermans to show up for a rehearsal before the concert.