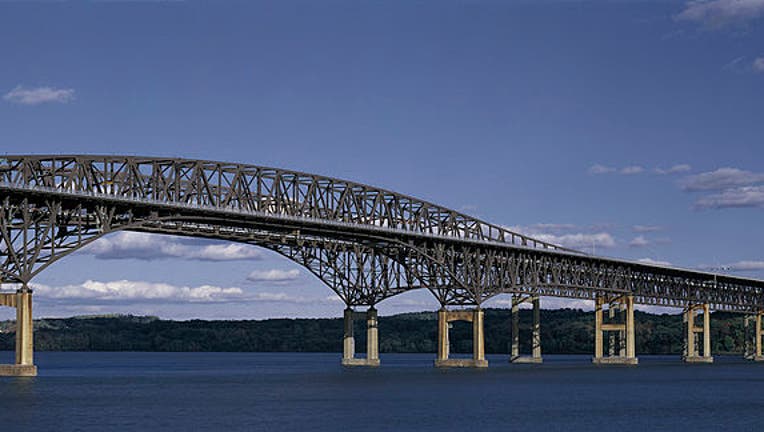 This is the Beacon Bridge which is over the Hudson River, (Photo by: Joe Sohm/Visions of America/Universal Images Group via Getty Images)

NEW YORK - A man from upstate New York died Tuesday when he fell off a Hudson Valley bridge after his car broke down and he attempted to get to safety.

According to the New York State Police, at around 9:50 p.m., officers responded to a report of a man falling from the Newburgh Beacon-Bridge.

After an investigation, authorities found that 29-year-old Paul Montenero of Poughkeepsie fell from the bridge after the vehicle he was traveling in became disabled in traffic.