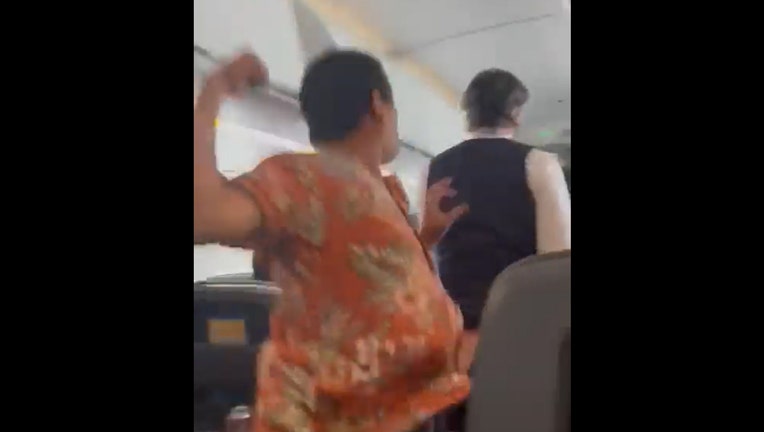 NEW YORK - An American Airlines passenger was arrested for assaulting a flight attendant during an international flight.

The incident allegedly took place after the flight attendant blocked the man from using the bathroom in the first-class section of the plane.

A video posted to social media showed the flight attendant walking away from the man.  The man was then seen running up to the victim and punching him in the back of the head.  The suspect then went back to his seat.

The Federal Bureau of Investigation is reportedly investigating the assault. The suspect's identity has not been released.

American Airlines released a statement to Fox News Digital saying acts of violence against team members "are not tolerated" and that the passenger is banned from future American Airlines flights.

"The individual involved in this incident will never be allowed to travel with us in the future, and we will work closely with law enforcement in their investigation," the statement read.  "Our thoughts are with our injured flight attendant, and we are ensuring that they and their fellow crew members have the support they need at this time."