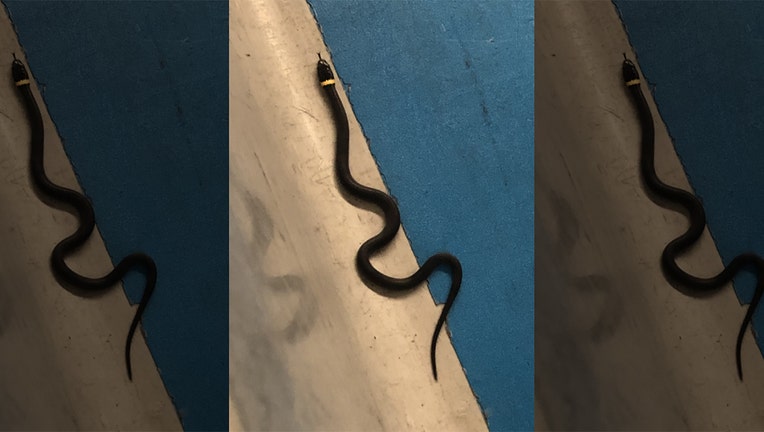 NEWARK, N.J. (FOX News) - Snakes have apparently moved off planes and into airports.

The 15-inch ring-necked snake was spotted on the floor of the Terminal C checkpoint by a young passenger and reported to the TSA, according to a press release shared with Fox News.

The harmless snake was contained by a TSA officer, who placed a checkpoint bin over the creature.

The checkpoint lane was reportedly closed temporarily while employees tackled the situation.

Port Authority Police were notified of the reptile and subsequently removed it.

“It’s common for travelers to accidentally leave items at the checkpoint,” said TSA’s New Jersey Federal Security Director Tom Carter. “Typically people leave items such as their keys, sunglasses, ID, hats and gloves, but this is the first time someone has left a snake behind.”

As of Tuesday afternoon, the passenger had not contacted the airport about the missing pet.