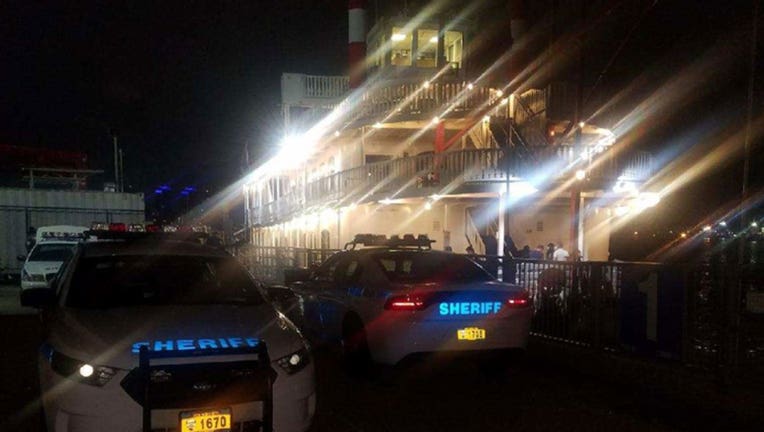 NEW YORK - The New York Sheriff’s Office says the owners and captain of a party boat called the Liberty Belle were arrested over the weekend after what they said was an "illegal party" and "violation of social distancing provisions".

The boat has a capacity for up to 600 guests, with the Saturday party reportedly hosting around 170 guests.

A local residents’ organization tweeted a photo of the boat as it left Pier 36 on Manhattan's Lower East Side just before sundown on Saturday night.

Sheriff's deputies were waiting for the boat when it returned to the East River dock just before midnight.

Along with the social distancing violations, the owners also are accused of operating an unlicensed bar.

On its website, the boat describes itself as “a favorite venue in NYC for promotional events, non-profits, concerts, corporate outings, church parties, and more.”

In a statement on the Empire Cruises website, which operates the boat, it claims it stopped operations "until further notice" on March 16, 2020, due to the emergency order issued by the city as part of the COVID-19 response.

"Overwhelmingly, we have seen compliance but when we see something wrong we have to go in and stop it," said Mayor Bill de Blasio when asked about the party Monday.

The state has started cracking down on bars and restaurants in New York City and Long Island that are not following pandemic-related rules.

A large fundraising party in the Hamptons from last month is also being investigated.