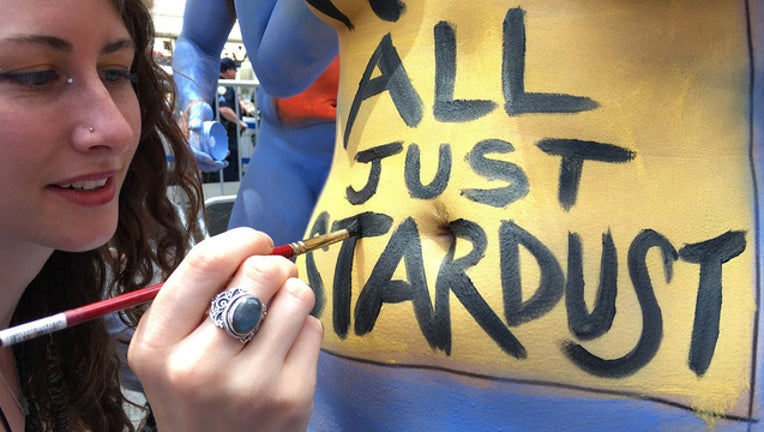 NEW YORK (AP) — Dozens of people gathered in Times Square to tell the naked truth — or tell the truth naked.

Brooke Champlain stood nude in one of New York's busiest areas Friday with the slogan "We're All Just Stardust" painted around her bellybutton during Body Notes, an event organizers said was designed to uplift people.

The nude models were painted in full view of gawking tourists and heavily armed police. Brushed onto their bare torsos were pithy slogans, including "Embrace Love And Life" and "Born Naked."

Body Notes is the brainchild of Andy Golub, producer of NYC Bodypainting Day. He said it lets people express themselves through "their words and their bodies."

He was inspired by the "Subway Therapy" art project of sticky notes containing people's thoughts after the presidential election.