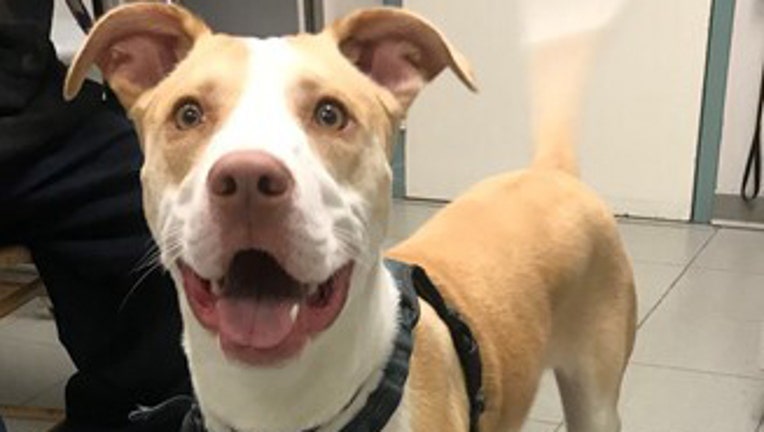 NEW YORK - The owner of an eight-month-old pit bull mix was arrested after video showed him viciously beating the dog, according to the SPCA of Westchester County.

James Lucas III, of Yonkers, was arrested Wednesday and charged with animal cruelty following an investigation by the SPCA and the Yonkers Police Department.

Police contacted the shelter on April 12 after they were shown a two-minute-long video of Zeus being repeatedly punched by Lucas on the top level of a parking garage at 8 Buena Vista Avenue in Yonkers, according to the SPCA.

The dog was immediately rushed to a local veterinary hospital for medical attention.

"By some miracle, Zeus didn’t sustain any serious injuries, but this is still a serious and horrific act of animal cruelty," said Shannon Laukhuf, Executive Director of the SPCA of Westchester.  "We’re very thankful to those individuals who reported the incident so that the SPCA's Humane Law Enforcement officers could respond quickly, ensuring Zeus's rescue and the subsequent arrest of his owner."

The public can report suspected cases of animal cruelty or neglect to the police or the SPCA of Westchester's confidential Animal Cruelty hotline at 914-941-7797.