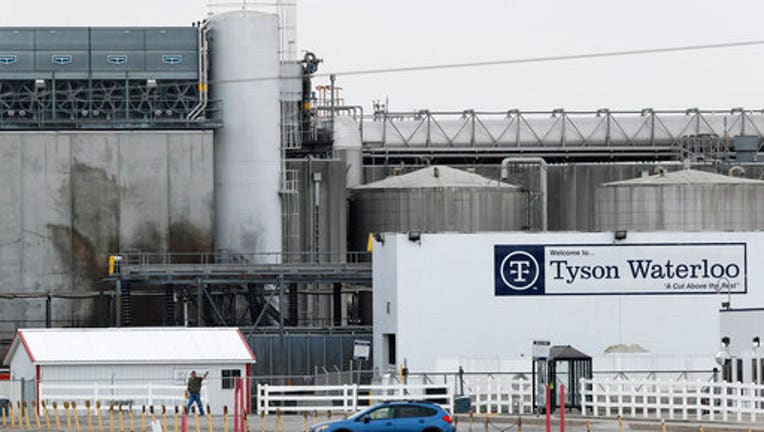 In this Friday, May 1, 2020, photo, a worker leaves the Tyson Foods plant in Waterloo, Iowa. (AP Photo/Charlie Neibergall)

WATERLOO, Iowa (AP) — Local officials say the coronavirus outbreak at a Tyson Foods pork processing plant in Iowa infected more than 1,000 workers, a far greater number than the state or company has acknowledged.

Black Hawk County health officials said Thursday they have identified 1,031 workers at the Waterloo plant who have tested positive for coronavirus or for antibodies that show they had been infected. That would be about 37 percent of the plant's 2,800 workers.

The Iowa Department of Public Health announced Tuesday that 444 workers at the plant had tested positive.

The county health department said Thursday that the state's figures include only those workers who tested positive during mass testing at the plant. County officials say they have identified hundreds of additional employees who tested positive at clinics in the county or through serological testing.

The disclosure came hours after Tyson resumed operations at the plant, which had been suspended for more than two weeks. Tyson officials said that they have implemented several safeguards that had not been in place at the beginning of the pandemic.

The outbreak at Tyson has devastated the community. At least three Waterloo Tyson employees have died, and a fourth is in a medical coma.