The Orionids, which peak during mid-October each year, are known for their brightness and speed, according to ﻿NASA﻿.

CINCINNATI - Considered to be “one of the most beautiful meteor showers” of the year by NASA, the Orionids are set to peak early this week.

The Orionid meteor shower can treat stargazers with nearly two dozen meteors per hour in a cloudless sky, according to Accuweather.

The shooting star show will reach its peak on Monday night into the early morning hours of Tuesday.

“I would rank the Orionids in the top five meteor showers of the year,” AccuWeather Astronomy Blogger Dave Samuhel said. ”It will be the strongest shower since the Perseids of August.” 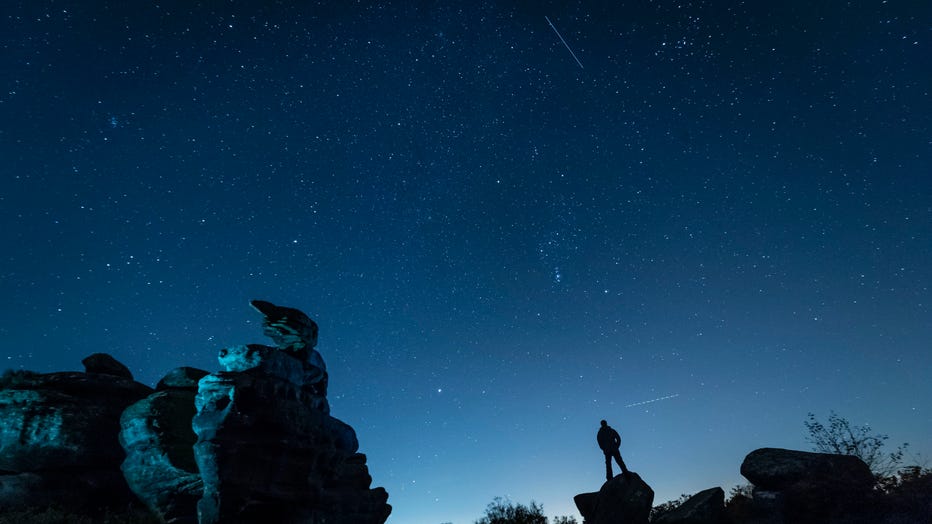 Orionid meteors appear every year around this time when Earth travels through an area of space littered with debris from Halley’s Comet, according to NASA. (Photo by Danny Lawson/PA Images via Getty Images)

The Orionids, which peak during mid-October each year, are known for their brightness and speed, according to NASA — traveling at about 148,000 mph into the Earth's atmosphere. As a result, the fast meteors leave a glowing “train” which last for several seconds to minutes, scientists say.

The Orionid meteor shower is viewable in both the Northern and Southern hemispheres during the hours after midnight. Onlookers should find a rural area away from city lights to best see the colorful streaks in the sky.

“Lie flat on your back with your feet facing southeast if you are in the Northern Hemisphere or northeast if you are in the Southern Hemisphere, and look up, taking in as much of the sky as possible,” NASA states on its website. “In less than 30 minutes in the dark, your eyes will adapt and you will begin to see meteors. Be patient — the show will last until dawn, so you have plenty of time to catch a glimpse."

The meteor shower is sparked by Halley’s comet, one of the most famous comets that orbits the sun about every 76 years, NASA says.

Click here for a list of the world's best stargazing sites, according to the International Dark Sky Association.