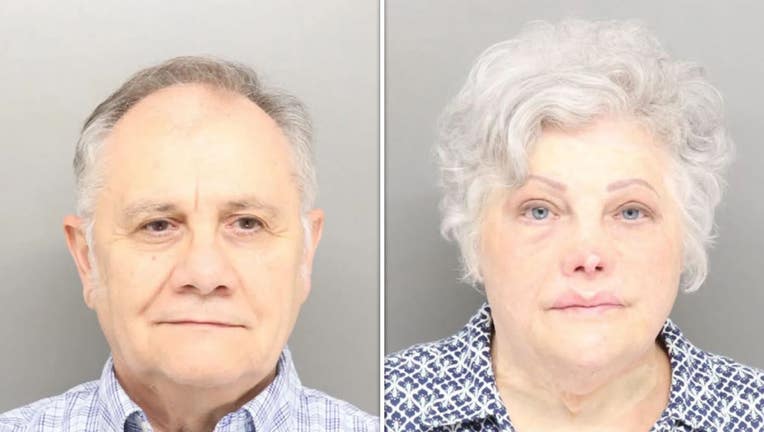 Armin and Susan Rodriguez, 71 and 68, were both being held at the Hamilton County jail on child endangerment charges. (Hamilton County Sheriff's Office)

A couple of Ohio grandparents are behind bars after allegedly taking part in cruel punishments their daughter has been accused of imposing on her stepson, a juvenile boy, who police say was so mistreated he developed "atrophy in his legs" and PTSD.

"If there’s a victim of this type of abuse, it’s tragic," Delhi Township Police Lt. Joe Macaluso told Fox News Digital. "And when you have somebody that’s vulnerable, like a child or the elderly, it makes you sick."

Armin and Susan Rodriguez, 71 and 68, were both being held at the Hamilton County jail on child endangerment charges.

Macaluso said the extent of the abuse made the case "hard to look into."

Punishments allegedly went on for years and involved forcing the boy to stand alone in a room, beating him and restricting his food, the victim, his juvenile brother and other relatives told investigators, according to Macaluso.

The investigation grew out of prior charges against the victim’s father and stepmother, who were accused of similar abuse by a neighboring department in February, Macaluso said.

Court records obtained by Fox News Digital show the stepmother, Amy Rodriguez Dangel, faces 11 child endangerment charges for allegations that she "recklessly tortured or cruelly abused" the boy between January 2018 and April 2021. Her husband and the boy’s father, Anthony Dangel, faces a single count for allegedly violating his duty of care.

The step-grandparents were indicted by a grand jury directly, Macaluso said. They are due back in court on June 3.

"The torture perpetrated on this young child is unimaginable," Hamilton County Prosecutor Joe Deters told local media after the grandparents’ indictment, according to FOX 19. "He is safe now and with family members who love him."

Find the latest on this story at FOXNews.com.