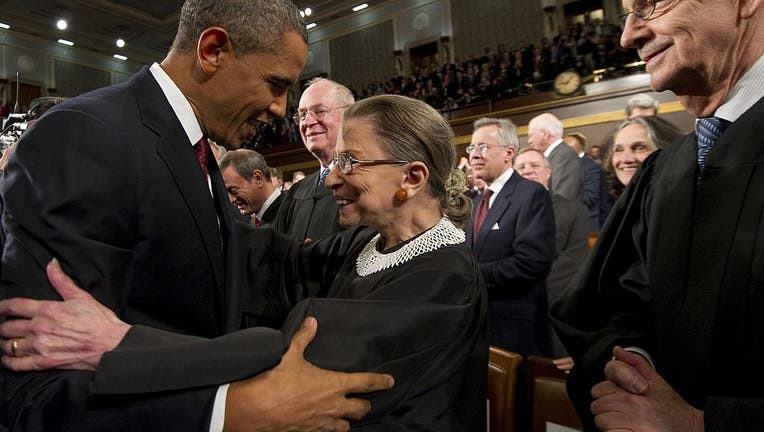 President Barack Obama said in a statement Saturday that Republicans should delay filling the vacancy on the Supreme Court left by the death of Justice Ruth Bader Ginsburg until after the 2020 presidential election.

Ginsburg died Friday due to complications from metastatic pancreatic cancer. She was 87.

Paying tribute to the iconic Justice, Obama called Ginsburg “a warrior for gender equality — someone who believed that equal justice under law only had meaning if it applied to every single American.”

Pointing to Republicans blocking his attempt to appoint Merrick Garland to the Supreme court in 2016 following the death of Justice Antonin Scalia, Obama called for Ginsburg’s replacement not to be placed on the court until after the election as well.

“Four and a half years ago, when Republicans refused to hold a hearing or an up-or-down vote on Merrick Garland, they invented the principle that the Senate shouldn’t fill an open seat on the Supreme Court before a new president was sworn in,” Obama wrote. “A basic principle of the law — and of everyday fairness — is that we apply rules with consistency, and not based on what’s convenient or advantageous in the moment.”

On Friday night, Senate Majority Leader Mitch McConnell said that a Supreme Court nominee selected by President Donald Trump would receive a vote on the floor of the senate.

President Trump also tweeted Saturday that the Senate should consider “without delay” his upcoming nomination to fill the vacant seat.