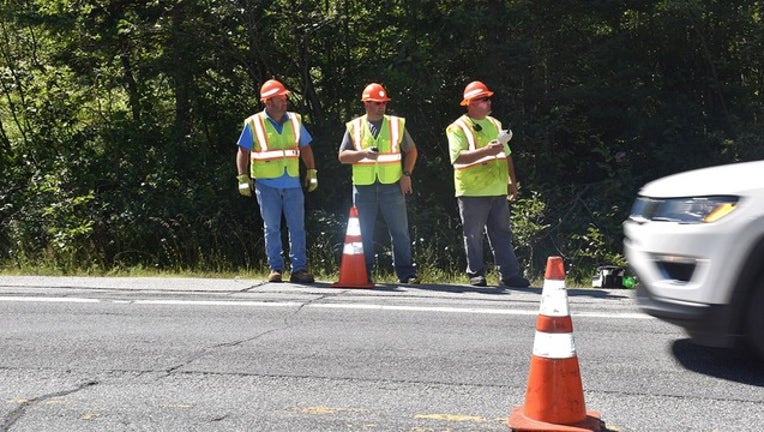 The man in the center of the photo is a NY State Trooper. (NY State Police)

NEW YORK (FOX 5 NY) - New York State Police want to warn motorists that troopers will be dressed as road workers in an attempt to catch anyone speeding through work zones.

"The State Department of Transportation recently launched a new Public Service Announcement highlighting the importance of moving over in construction work zones across the state," wrote police on Facebook.

Accompanying the post is a photo of three men dressed in hard hats and vests that appear to be workers, but one of them is actually a NYS trooper.

"Can you tell which one of these men is a Trooper?"

The man in the center is identified in the post as Trooper Eric Dwyer, a member of the Troop B Traffic Incident Management unit.

"We want these workers to all go home safe at the end of their work day!"