The NYPD is investigating a series of anti-Semitic attacks in Brooklyn over the weekend. Police say that a group of young men hurled threats at worshipers outside of a synagogue in Borough Park.

According to authorities, two Jewish teens were assaulted on Ocean Parkway and 18th Avenue around 7 p.m. on Saturday when a group of men got out of a Toyota Camry and assaulted them.

The teens said they were forced to say "Free Palestine," and were repeatedly punched. A Muslim Uber driver allegedly saved the pairs' lives when he drove by, saw what was happening, and allowed the teens to escape in his vehicle.

A short while later, a group of men got out of a car on 16th Avenue and 49th Street in Borough Park and began yelling anti-Semitic slurs at Jews on the street.

The assailants yelled "Free Palestine! Kill all Jews!" at worshipers outside a synagogue, Assembly Member Simcha Eichenstein, who represents the area, said on Twitter. Two of the men banged on the locked door of the synagogue and kicked the side mirror off of a parked car, authorities said.

The NYPD is stepping up patrols of Jewish communities after two anti- Semitic attacks in Brooklyn.

Police are looking into the possibility that both incidents are connected.

"We are again outraged and disgusted by reports that Jewish individuals were harassed and attacked last night, being blamed for the conflict in the Middle East," said Scott Richman, New York/New Jersey Regional Director for the Anti-Defamation League. "Especially in light of Thursday night’s antisemitic violence against Jewish people in midtown Manhattan, this is heinous, unacceptable and must stop now."

Chief of Department Rodney Harrison promised beefed up policing of Orthodox neighborhoods. "If you choose to commit a hate crime in this city, my detectives will catch you," said Harrison, who joined the mayor on Sunday. "We will bring you into custody and hold you accountable." 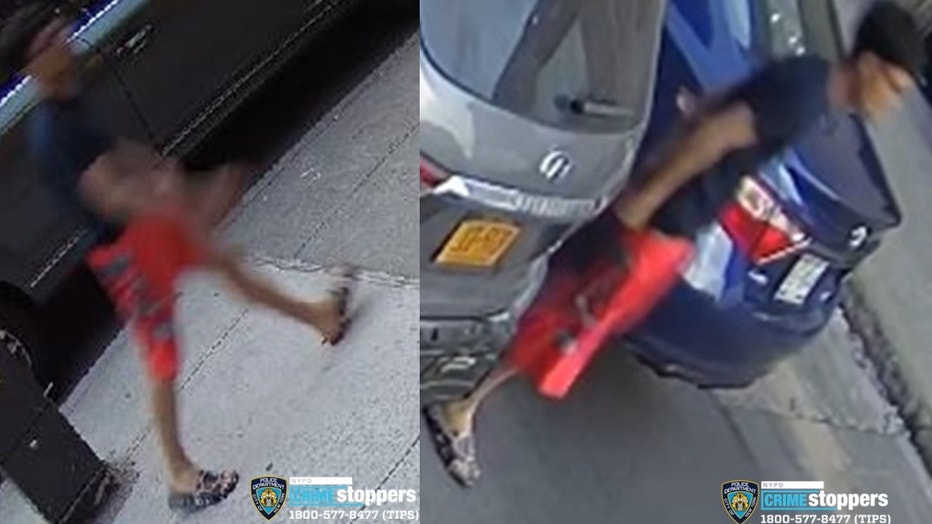 Mayor Bill de Blasio met with community leaders at the 66th Precinct in Borough Park to discuss the incidents.

"Enough," de Blasio said in a tweet. "The acts of hatred and anti-Semitism in Brooklyn last night cannot happen. Not in our city, not anywhere in the world."

Jewish man who was beaten speaks out

Joseph Borgen, 29, was senselessly beaten by protesters in the Times Square area during pro-Israel and pro-Palestine demonstrations. Borgen describes the assault.

The incidents come in the aftermath of several clashes between Pro-Israel and Pro-Palestine supports in Times Square on Thursday, one of which left a Jewish man senselessly beaten by pro-Palestine protesters.

Anyone with information about these incidents is encouraged to call NYPD Crime Stoppers Hotline at 1-800-577-TIPS.