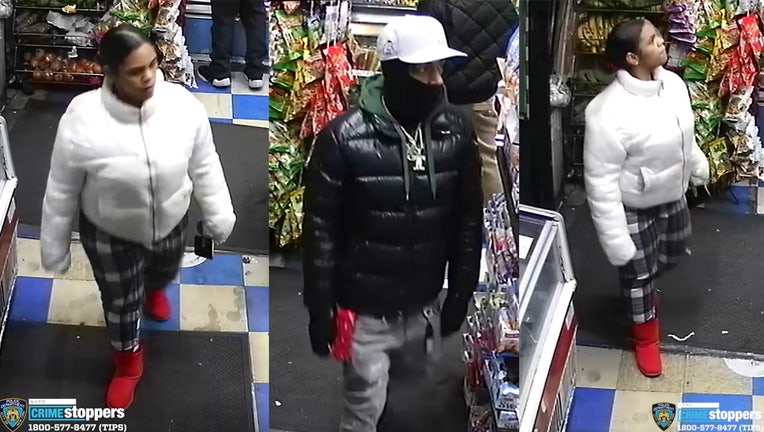 Surveillance photos of two suspects wanted for a fatal shooting in the Bronx on December 26.

NEW YORK - The NYPD is searching for a gunman who shot and killed a 29-year-old man on the Street in the Bronx earlier this week.

Police say that at around 9 p.m. on December 26, Terrence Williams was walking near the corner of Van Nest Avenue and Melville Street with a friend, when he got into an argument with the suspect.

The suspect then pulled out a gun and shot Williams in the chest, before running from the scene.

EMS took Williams to the hospital where he was pronounced dead.

Police have released surveillance photos of the gunman and a woman who was accompanying him at the time of the shooting.

The gunman is described as being in his mid-20s and was last seen wearing a green hoodie sweater under a black jacket, gray jeans, green sneakers, a white hat, black gloves, and a black face mask.

The woman is described as being in her mid-20s with black hair and was last seen wearing a white jacket, black and white pants, and red UGG boots.