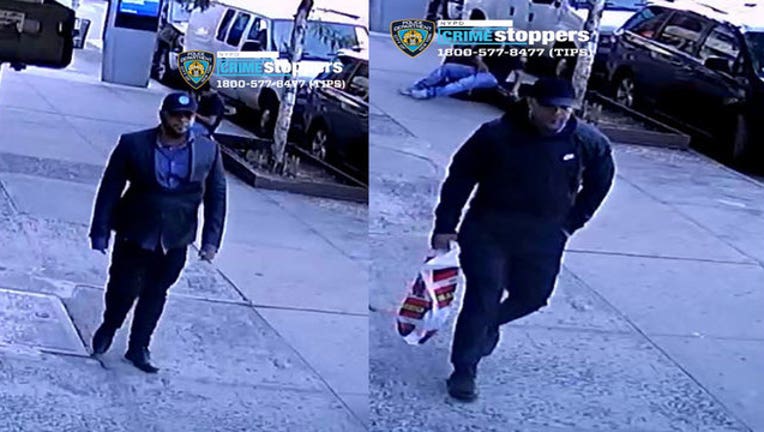 NEW YORK (FOX 5 NY) - The NYPD is on the lookout for two men who allegedly impersonated police during a robbery on July 14.

Authorities say that the suspects knocked on the door of the 42-year-old male victim near Amsterdam Avenue and West 153rd Street, displaying shields around their necks and claiming to be law enforcement. When the victim opened the door, the suspects displayed guns and forced their way into the apartment, tying up the victim and another 19-year-old woman who were inside. The suspects then took various items of jewelry from inside of the apartment before running away.

The suspects are described as follows: