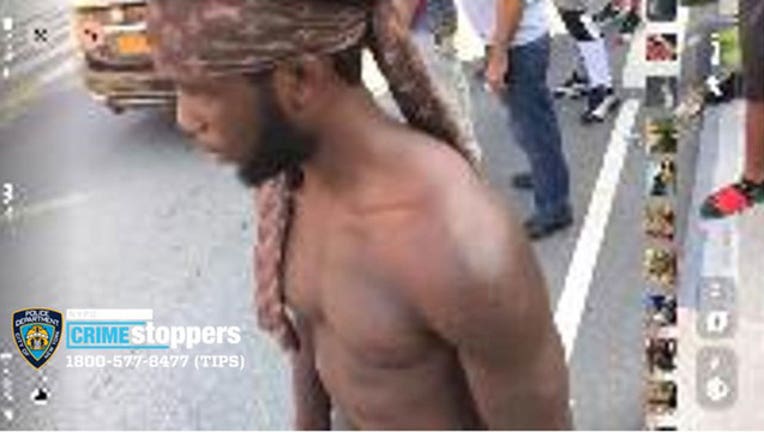 NEW YORK (FOX 5 NY) - Police say they are searching for a man who threw a container of milk at officers outside of a burning building on September 3.

According to authorities, police officers were in front of 1454 Grand Concourse, evacuating a building that was on fire and maintaining a safe zone when the suspect threw a container of milk at one of the officers and then ran away.

The suspect is described as a black male, approximately 25-30 years old and 140 lbs.

There have been a series of similar incidents in New York City this summer.