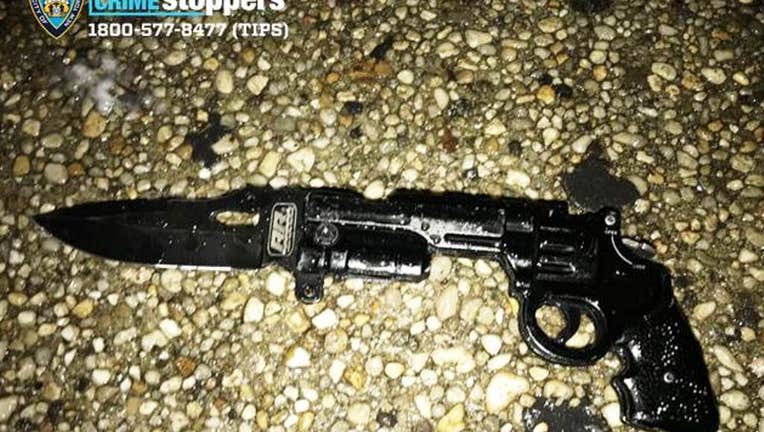 The NYPD released a photo of an imitation weapon they say a man they shot was carrying.

The man is in critical condition, NYPD Chief of Patrol Fausto Pichardo said at a press conference Saturday morning. Describing the information as preliminary, Pichardo said a 911 caller reported being approached by a man on the street who pointed what appeared to be a firearm.

Officers responding to the area found a man who matched the description, Pichardo said.

“The officers approached the male, who was holding a weapon in his hand," Pichardo said. "The officers ordered the suspect to show them his hands, when he pointed the weapon toward the officers. Two uniformed officers discharged their weapons, striking the suspect in the torso.”

The officers rendered aid and the man was hospitalized, Pichardo said, adding that the shooting was captured on body camera. The officers were also taken to a hospital for examination.

Pichardo characterized the object recovered at the scene as an “imitation firearm” — authorities at the press conference confirmed it was not functional. A photo released by the NYPD showed a short blade attached to where a firearm's barrel would be.

An internal NYPD division is investigating.