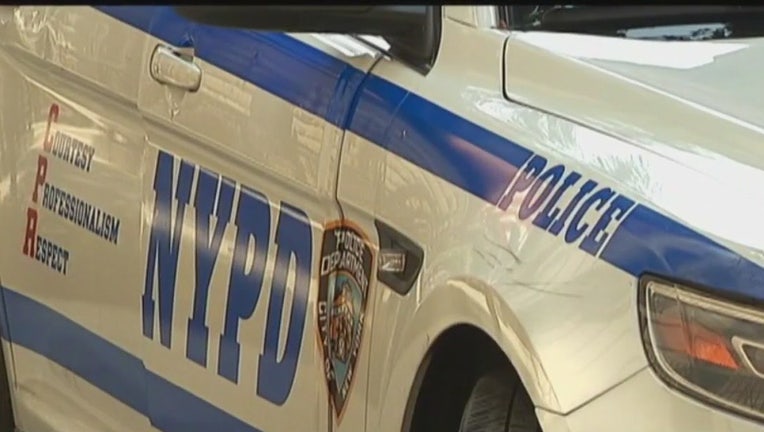 The New York Post reported that the off-duty officers were found naked in the car after a concerned caller heard "hot and heavy" cries and called the police.

The tryst allegedly took place around 1:30 a.m. in a lot where officers park their personal cars outside the 79th Precinct in the Bedford-Stuyvesant neighborhood, the Post reported.

A source told the outlet that report states the caller heard "a woman screaming in a parking lot" but couldn’t see "which color vehicle" it was.

Two other officers came out of the precinct to investigate the screams and found the two cops, one male and one female, in the buff inside the car parked in the lot at Greene Avenue near Tompkins Avenue.

The officers are reportedly partners on the job who have had an ongoing affair that became common knowledge in the precinct after the male officer’s wife found out and "created havoc" at the station last summer.

"She showed up to the precinct to confront the girlfriend," the source told the Post. "Shortly after in the rear of the precinct, with bosses and cops present, the two cops got into a huge altercation because of the wife. Nothing was done.

"Then someone had the bright idea to have them partnered up, riding in the same sector."

It is not known if the cops, who both denied having sex, were disciplined. The source told the Post that the officers who responded to the call did not turn on their body cameras or file a report, which is required under department procedure.

The female officer is said to have joined the force in 2021 and the male officer joined in 2018.

"There have been no members of the NYPD who were observed having sexual relations inside a precinct parking lot," the NYPD told Fox News Digital in a statement. "Therefore, any reports that there has been a change in duty status for any member of the service in regards to this allegation are inaccurate."