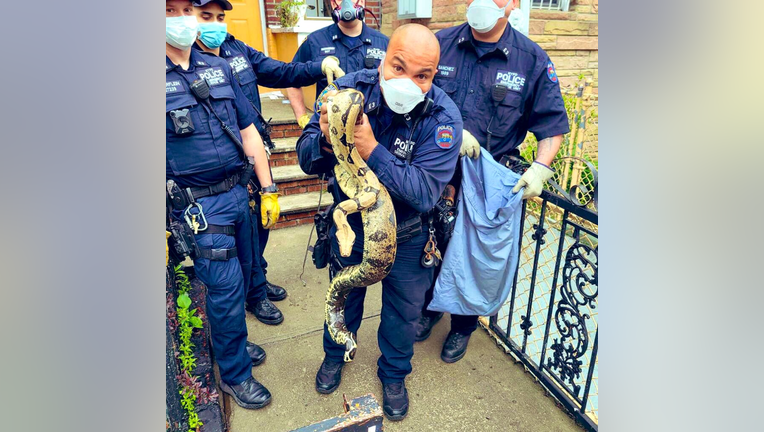 NEW YORK - An eight-foot-long red tail boa constrictor that had managed to escape its home was captured by the NYPD outside of a Bronx home on Friday morning.

Detective Jose Otero, a 21-year veteran of the department and member of its Emergency Service Unit, captured the reptile in front of a home on Fteley Avenue in the Soundview section of the borough.

The reptile was perched on a light fixture in a highly agitated state when police arrived.

Fearing that a resident could have been bitten by the animal, Otero managed to wrap the snake from the light fixture and calm it down before safely placing inside of a pillowcase provided by a neighbor.

The snake was sent to the Animal Care Centers.

Police say they believe the snake was someone's pet, but say that if you see any kind of snake, do not approach it and allow the authorities to handle the situation.

Editor's Note: An earlier version of this story's headline referred to the snake as a "python" because of the NYPD's tweet; however, on a conference call, Detective Jose Otero identified the reptile as a boa constrictor.  Also, police said that the ASPCA had the animal.  It was actually sent to the Animal Care Centers.