Chief of Department Harrison to retire

After a 30-year career in which he rose through the ranks from cadet to chief of department, Rodney Harrison will retire at the end of 2021. Chief of department is the highest-ranking uniformed sworn law enforcement official in the NYPD.

NEW YORK - Chief of Department Rodney Harrison is calling it a career after becoming the first person in the history of the NYPD, the largest police department in the United States, to rise through the ranks from cadet to its highest-ranking uniformed officer. He will retire on Dec. 30, 2021.

Harrison joined the NYPD in 1991 and then over the course of his 30-year career served as the department's first Black chief of detectives, was shot at while working undercover investigating drug crimes in the 1990s, held assignments in every borough, and was the official in charge of monitoring wind speeds to decide whether the giant balloons of the Macy's Thanksgiving Day Parade could fly.

"I'm extremely proud to have worked tirelessly, over my entire career, protecting people and giving back to the city's communities," Harrison said in a statement. "It's been an honor to be a part of this great police department, to carry out our intelligence-driven policing strategies, to help develop several lasting reforms, and to build meaningful dialogue with our city's young people."

Police Commissioner Dermot Shea called Harrison an "innovative leader" who has done his job "with knowledge, skill, integrity, and a great passion."

"Rodney has been not only a trusted advisor, and friend, but exactly the kind of innovative leader our city and our department [have] needed in these challenging times," Shea said in a statement. "We will miss him, but we wish him well." 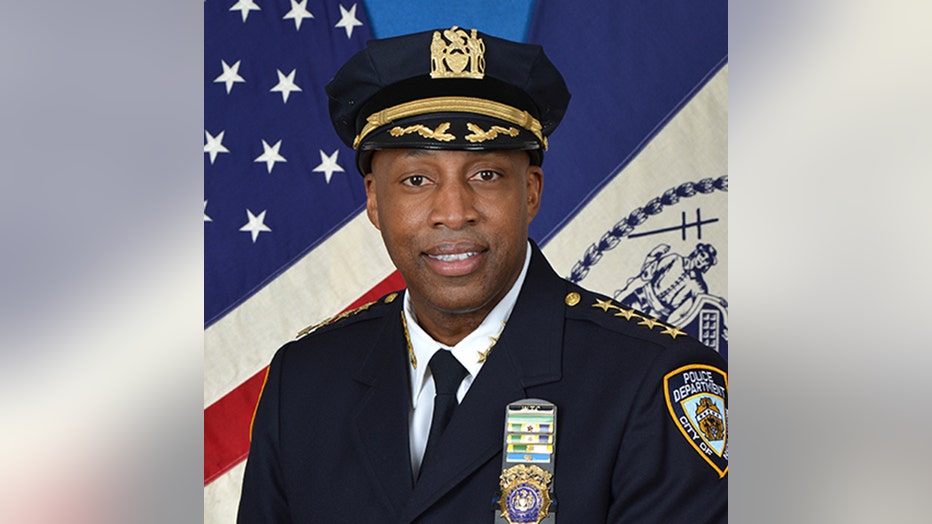 In recent years, Harrison was instrumental in implementing the department's "neighborhood policing" strategy, which pushes officers out of their patrol cars and onto the streets so they can build bonds with residents.

Harrison, a native New Yorker, grew up in Jamaica, Queens. His wife is a retired NYPD lieutenant and two of their daughters are rookie cops assigned to street patrol.

"I am privileged that two of my children will carry on this important work," Harrison said.