Police are looking for the man who wore a Halloween mask and costume and attacked a stranger with an ax on the Upper West Side.

NEW YORK - The NYPD has released photos of a man who is wanted for attacking a stranger with an ax in Manhattan on Monday.

The attacker, who was wearing a Halloween mask, went up to a 51-year-old man on the sidewalk on Broadway near West 61st Street on the Upper West Side, threatened to kill him, and then swung the ax, police said. He hit the man on his left arm.

The masked attacker then ran into the Columbus Circle subway station and got away, the NYPD said.

EMS took the wounded man to  Mount Sinai Morningside where he was treated and listed in stable condition, police said.

The attacker was wearing a blue mask, a dark-colored coat, blue jeans, and black boots, the NYPD said. 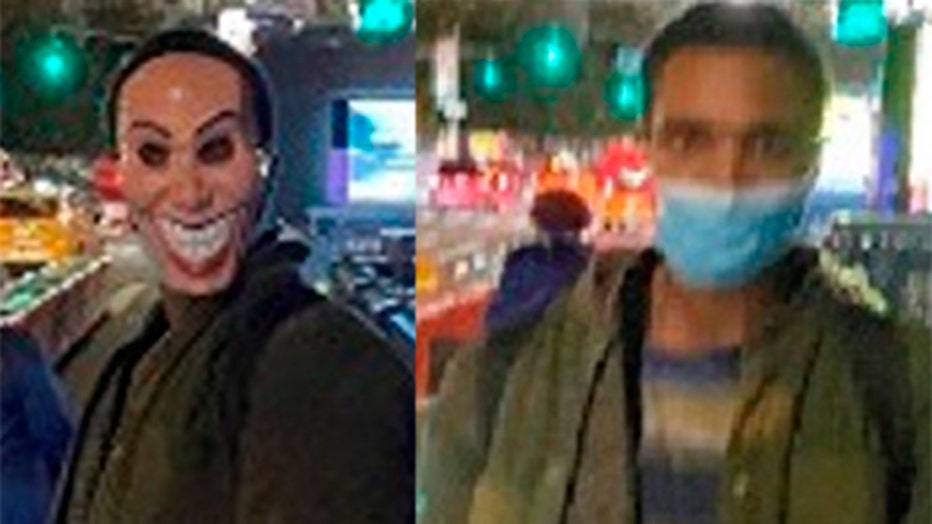