The NYPD released video footage showing a man attacking a bus driver in Brooklyn. Police said the attacker hit the driver with a padlock.

NEW YORK - The NYPD has released video footage from several security cameras of a man who attacked an MTA bus driver with a padlock in Brooklyn on Tuesday.

One video shows the man banged on a B15 bus as it pulled away from a curb in East New York at about 6:25 p.m. The man then ran in the same direction as the bus.

When the bus stopped outside 2516 Linden Boulevard, the man boarded and hit the driver in the face with a metal padlock, police said.

A video from a camera inside the bus shows that the man swung his arm around the polycarbonate protective shield in order to strike the driver. The attacker then got off the bus and ran east on Linden Boulevard, police said.

EMS responded and brought the 65-year-old bus operator to Brookdale Hospital to be treated for a cut above his left eye, the NYPD said.

Assaulting a bus driver or other MTA employee is a felony.

Police described the attacker as a black man with a beard and mustache. During the attack, he was wearing a black winter cap, a red hooded sweater, a dark-colored jacket, blue jeans, and black shoes. 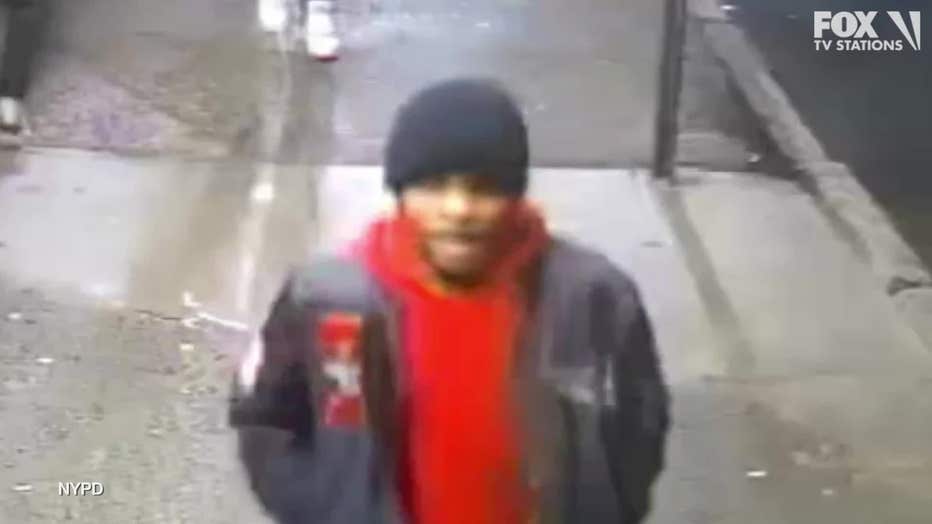 The NYPD says this man attacked a bus driver in Brooklyn. (NYPD)