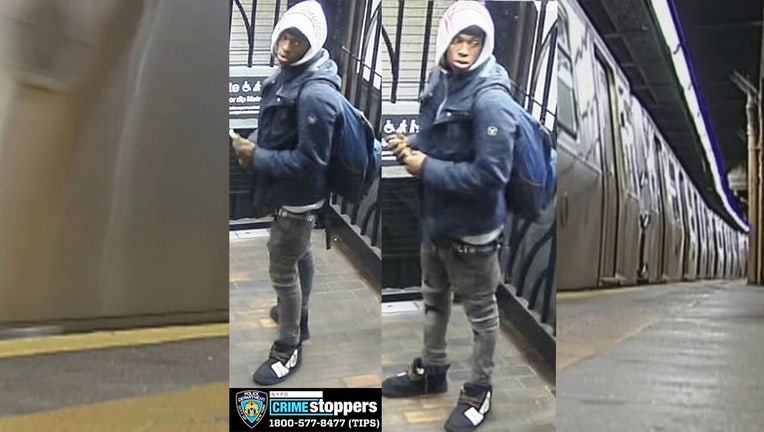 NEW YORK - A man is wanted for stabbing another man Tuesday inside the Jamaica Center–Parsons/Archer subway station in Queens after the two got into an argument, according to the New York City Police Department.

Police say a 37-year-old man was approached around 6:30 p.m. by the suspect when the two engaged in a verbal dispute, which escalated into a physical encounter.

The attacker stabbed the victim twice in the torso with an unknown object before taking off, the NYPD says. The victim walked to Jamaica Hospital Medical Center and was listed in stable condition.

The suspect is described as a male with a dark complexion and a medium build. He was last seen wearing a white hooded sweatshirt, blue jacket, gray pants, black shoes, and carrying a blue backpack.

Many of those officers have also been working more overtime shifts.

However, according to new data released by the NYPD, felony transit crimes have jumped by nearly 40% this year, compared to last year.

1,917 felony crimes were reported in the subway between January and October, up from 1,367 tallied during the same time period last year.

Anyone with information on the latest attack is asked to call the NYPD's Crime Stoppers Hotline at 1-800-577-TIPS (8477). The public can also submit their tips by logging onto the Crime Stoppers website.