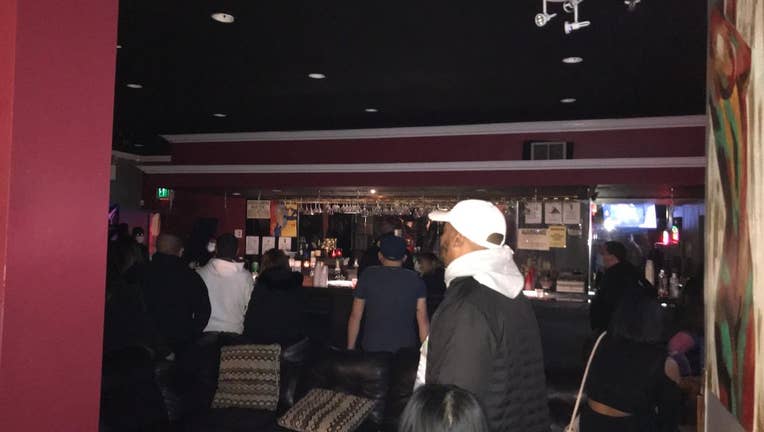 An illegal swingers club in Queens is shut down by NYC Deputy Sheriffs. (Credit: @NYCSHERIFF)

Deputies responding to a complaint Saturday night found people drinking, eating at a buffet and having sex at a site in Astoria around midnight. Boxes of condoms were provided and three couples were engaged in sex in a small back room, the Sheriff's Office said.

Two of the event’s organizers and a patron inside the club were charged with multiple misdemeanors.

The event was hosted by Caligula New York, which advertises itself as the “Hottest Swingers Club in New York.”

Astoria is currently considered to be a yellow zone according to the latest guidance released by the state.

Sheriffs also broke up another party on Saturday night, as barely two hours later an illegal bottle club in Manhattan’s Garment District was shut down.

Over 120 people were found inside the event space on West 36th Street.

Authorities say that five organizers were charged with multiple misdemeanors, along with various code offenses.