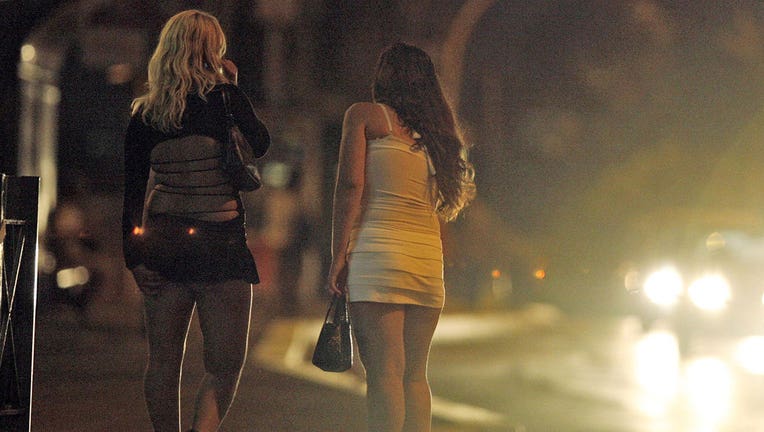 NEW YORK - A New York City judge on Wednesday agreed to dismiss thousands of prostitution-related offenses dating to the 1970s at the request of the Manhattan district attorney, who also said he would no longer prosecute certain offenses related to sex work because doing so was a "relic" of a past New York.

The mass dismissal of charges is the latest big step in a movement to decriminalize sex work, or at least aim prosecutions at human trafficking or exploitation, rather than at mostly poor women who have historically made up the bulk of people arrested.

The cases also include charges related to loitering for the purpose of engaging in prostitution. Earlier this year, the lawmakers in Albany repealed a 1970s anti-loitering law that opponents decried as a "walking while trans" ban.

Manhattan Criminal Court Judge Charlotte Davidson dismissed the cases after District Attorney Cyrus Vance Jr., a Democrat, personally appeared in a court hearing via video to say he wanted the cases dropped because the accused were "unfairly targeted" for prosecution.

In a statement after the decision, Vance said prosecuting prostitution doesn't make New York safer and often "achieves the opposite" by marginalizing vulnerable New Yorkers.

"Now, we will decline to prosecute these arrests outright, providing services and supports solely on a voluntary basis," Vance said. By vacating warrants, dismissing cases, and erasing convictions for these charges, we are completing a paradigm shift in our approach. These cases — many dating back to the 1970s and 1980s — are both a relic of a different New York, and a very real burden for the person who carries the conviction or bench warrant."

The DA's office had identified about 6,000 cases in its records dating to 1976 where there were convictions or open warrants with top charges of misdemeanor prostitution or unlicensed massage.

In February, New York repealed a 1976 law that allowed police to arrest people who appeared to be using a public space for prostitution. Cops routinely made that judgment based on how someone appeared or dressed. Lawmakers pointed to police reports that cited "wearing a skirt" as grounds for arrest.

Eight people — including five transgender women of color — filed a 2016 lawsuit challenging the old law as discriminatory, saying it had led to arbitrary arrests of transgender people in particular. The plaintiffs said people were still being detained "simply because an officer takes issue with her clothing or appearance."

Vance said he is proud to have supported the law's repeal and thanked lawmakers, survivors of exploitation, and advocates who "fought to put an end to this practice."

"With today's dismissals, we also close the book on Loitering for the Purpose of Prostitution, known as the 'Walking While Trans' for its decades of discriminatory enforcement, unfairly targeting members of the LGBTQ+ community," Vance said. "Indeed, none of this would have been possible without the tireless work of dedicated individuals who changed not only our laws, but law enforcement's understanding of their lived experiences."

"Too often survivors end up in jail or with a criminal record because of things their traffickers or abusers force them to do. That's not right," Teekah said. "Today's announcement by the Manhattan District Attorney is an important step forward and will mean fewer survivors end up in the criminal legal system."

The Legal Aid Society's Abigail Swenstein also welcomed the DA's new policy and the court's actions but said more needs to be done.

"However, this policy should not supplant the need to pass legislation that would fully decriminalize sex work and provide for criminal record relief for people convicted of prostitution offense," Swenstein, a staff attorney with the society's Exploitation Intervention Project. Swenstein called on the state Legislature to pass legislation already in the pipeline that would achieve that end.

The Manhattan District Attorney's Office identified 5,994 cases in its records dating back to 1976 where there was an open bench warrant and a top charge of: