The NYPD says it has arrested the serial stabber who attacked several homeless men in New York City this month, killing one.

NEW YORK - The NYPD has arrested a suspect in connection with the stabbing of three sleeping homeless men in separate attacks in Manhattan this month. One attack was fatal, police said.

Authorities charged Trevon Murphy, 40, with one count of murder, two counts of attempted murder, and two counts of assault. Murphy is himself homeless and has been staying at various shelters in the city, according to police.

At a briefing on Wednesday afternoon, New York City Police Commissioner Keechant Sewell said someone saw Murphy sitting at a bus stop near St. Nicholas Park in Harlem and recognized him from the images and videos that police released on Tuesday.

NYPD briefing on arrest in stabbings

Police Commissioner Keechant Sewell and Assistant Chief Joseph Kenny brief reporters about the arrest of a 40-year-old man in connection with the stabbings of three sleeping homeless men in separate attacks. One victim died.

"That good Samaritan then turned to the police, and the NYPD did its job safely, securely, and without incident. But once again, this is a story we have told many times before. This suspect should not have been on our streets," Sewell said. "He was already convicted in Tennessee and given probation, which he violated, and he was wanted on an outstanding warrant for that violation."

The witness, who had called 911, then saw two unformed patrol cops nearby and pointed Murphy out to them, Assistant Chief Joseph Kenny said at the briefing. Those officers then arrested him.

Murphy was wearing neon sneakers, a gray backpack, and a black Innocence Project hoodie, which were seen in security video from the stabbings, and a knife in his pants pocket, Kenny said. 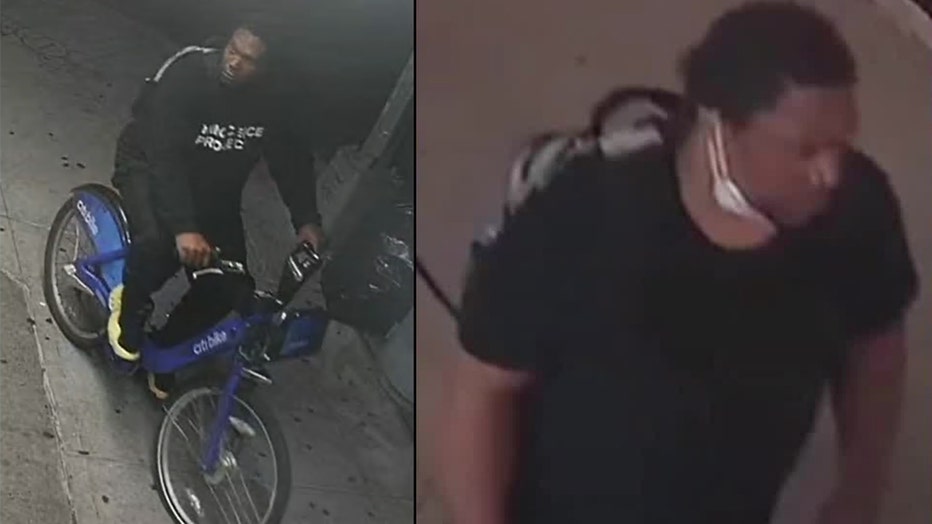 "Our investigation is revealing that he is familiar with the New York City shelter system. He has had numerous encounters in other shelters in other boroughs," Kenny said. "As far as selecting the victims, we're still looking at that. He himself is homeless. But the commonality is that all three victims were homeless and all three victims were sleeping at the time of their attack."

Murphy was arrested in April for allegedly attacking his roommate inside a homeless shelter in Queens, Sewell said. He was released on his own recognizance and was due back in court later this month, she added.

Murphy has been living in various city shelters and was wanted for violating a drug conviction.

"On behalf of the entire NYPD, I want to express our deepest sympathy for the three men senselessly stabbed on the street in separate attacks since July 5," Sewell said. "This violence should not happen anywhere but when it does happen, New Yorkers are fortunate to have the combined commitment of your police working with the people we serve."

Police don't know what motivated Murphy to stab the three homeless men. However, his mental stability is being evaluated.