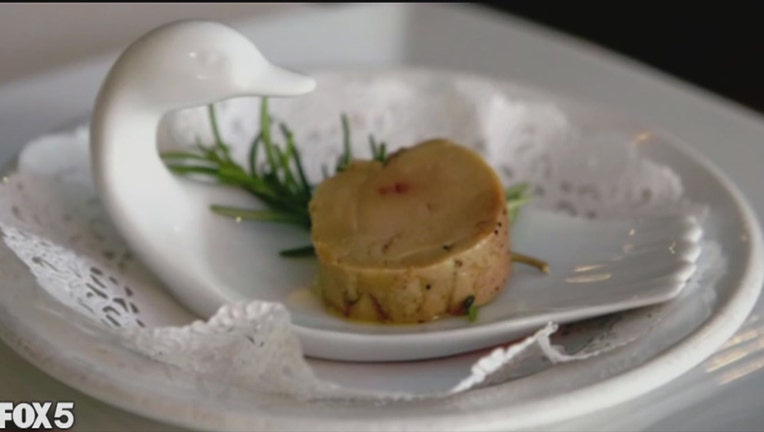 ALBANY, N.Y. - New York City’s ban on the sale of foie gras, already delayed by a court challenge, has now been found in violation of state agricultural law.

The state Department of Agriculture and Markets informed city officials Wednesday that the ban "unreasonably restricts" the business of two upstate foie gras farms that have sued over the law. The ban was scheduled to take effect Nov. 25, but that was put on hold this fall by a state judge while the lawsuit proceeds.

Animal welfare advocates say the production of foie gras — the fattened liver of a duck or goose — is cruel to the birds because it involves force feeding. But Hudson Valley Foie Gras and La Belle Farm said losing the vital New York City market would jeopardize their operations and threaten jobs.

State agricultural officials found it "unusual" that the city was barring the sale of a lawfully produced farm product "not for reasons of the health, safety or welfare of its citizens — but to change animal husbandry practices occurring on farms outside its jurisdiction to which it objects."

An attorney for the farms, Edward J. Phillips, said the state order is a "game changer" for litigation, since the decision is final unless the city challenges it promptly.

A city law department spokesman said in an email that officials were reviewing the state's decision "and will respond accordingly."

The sale of foie gras in New York City, perhaps already a faux pas, is now likely to become illegal.