Imagine paying $2.50 for a bacon, egg and cheese sandwich every day on your way to work for years and then suddenly being told the price is now $4.50.

NEW YORK - Ah, the bacon, egg and cheese. The classic bodega breakfast sandwich is a staple in many a New Yorker's diet. It's easy to make, easy to eat on the go and cheap — although not as cheap as it used to be.

To keep up with today's levels of inflation due to the pandemic and Russia's war with Ukraine, bodega owners are faced with no choice but to raise the prices of their famously low-priced breakfast sandwiches.

"Bacon, egg and cheese — you can’t take that sandwich away," said Francisco Marte, who owns a bodega in the Bronx. "That’s the favorite sandwich of New Yorkers."

Marte has had to increase prices on everything from sugar to potato chips — and the cost of his bacon, egg and cheese sandwich is up from $2.50 to $4.50. 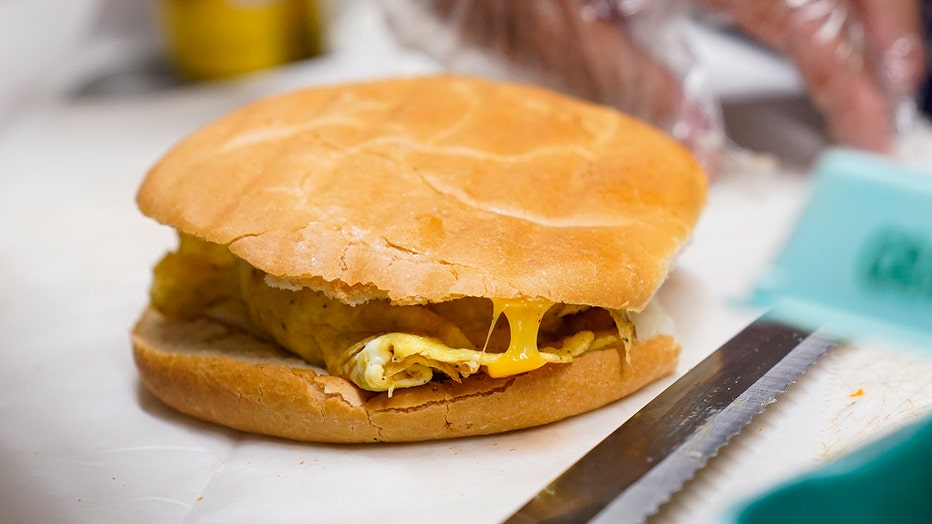 Hector Perez prepares to wrap a bacon, egg and cheese sandwich at a bodega in the Bronx section of New York, Friday, July 22, 2022. (AP Photo/Seth Wenig)

At the wholesale level, inflation climbed 11.3% in June compared with a year earlier, the U.S. Department of Labor reported. Producer prices have surged nearly 18% for goods and nearly 8% for services compared with June 2021.

"These things happen. And normally, in normal times, the supply chain is able to absorb some of that shock," said Katie Denis, a spokesperson with the Consumer Brands Association, a trade group representing food, personal care and cleaning companies. "Right now, there’s just no slack." 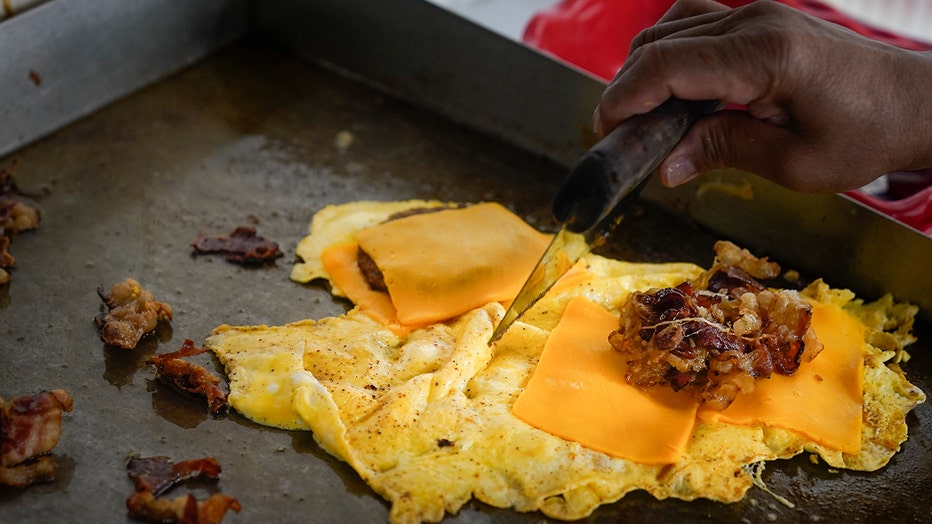 The cost of New York City's favorite breakfast is on the rise. The bacon, egg and cheese sandwich is easy to make, easy to eat on the go and cheap -- although not as cheap as it used to be. (AP Photo/Seth Wenig)

Frances Rice, who stopped by Marte’s bodega for a bacon, egg and cheese, says she's trying to work out how to cope with less slack in her budget as prices rise. She says there’s always a silver lining.

"It means that I buy a good breakfast and stretch it to lunch and don’t eat again until I get home, which means I lose weight," she said. "Got to look at the brighter side of things, because you know what? Either way, if you got to move, you’ve got to pay. If you’re hungry, you have to eat."