Gov. Andrew Cuomo said that hospitals need to do a better and faster job getting people vaccinated.

ALBANY, N.Y. - In an effort to speed up what has been a sluggish rollout of the coronavirus vaccine, New York's governor threatened Monday to fine hospitals up to $100,000 if they don't finish their first round of inoculations by the end of the week.

Gov. Andrew Cuomo said hospitals have been receiving vaccines over the past three weeks as part of a program prioritizing frontline medical workers, but have only administered the first dose of 46% of their allocated vaccines.

The Democrat blamed bureaucracy as the chief reason for delays, at public hospitals in particular.

The governor and mayor announced developments in the race to vaccinate and slow the spread of the virus.

The governor also threatened to stop sending the vaccine to hospitals that don't use their share promptly.

Nationwide, the vaccine roll-out has been stymied by logistical hurdles, confusion over who can get a shot, and hospitals and local health officials facing surging cases in a holiday season.

Hospitalizations in New York have doubled since early December to 8,251 as of Sunday. The state is averaging 13,687 daily new cases over the past seven days, up 27% from a week ago.

Cuomo said he's spoken to leaders of dozens of hospitals and that New York's delay isn't due to refrigeration and storage issues or hospitals trying to limit vaccines only to eligible and willing healthcare workers. He said hospitals going forward must use all vaccine shipments within seven day of receiving them. 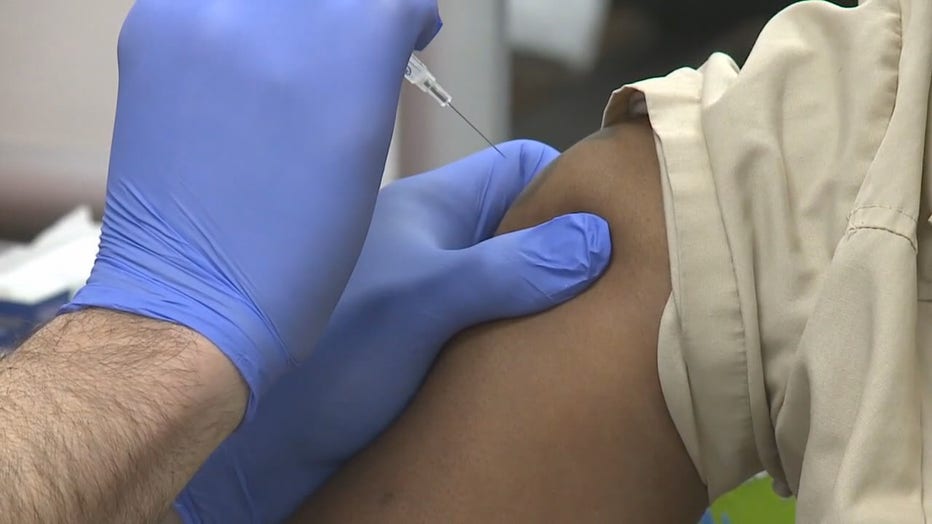 "This is a matter of life and death, so yes I’m impatient," said Cuomo, who's also threatened heavy fines for healthcare providers fraudulently receiving or administering vaccines.

Brian Conway, spokesman at the Greater New York Hospital Association, which represents more than 160 hospitals and health systems, said the hospitals are trying to administer the vaccine as "quickly and safely as possible."

"There will always be bumps in a plan this huge and complex, but we’re working through them in real time and keeping the rollout on track," Conway said.

Mayor Bill de Blasio says the city is expanding who can get vaccinated in the various phases of the vaccination process.

New York City will set up 250 city-run COVID-19 vaccination sites this month and expand the hours that vaccines will be provided in a push to administer 1 million vaccine doses by Jan. 31, Mayor Bill de Blasio said Monday.

Just over 100,000 people have been vaccinated in the city since inoculations began Dec. 14, but de Blasio said immunizations will speed up now that people see the two vaccines that have been approved for emergency use in the U.S. are safe.

"Getting it right in the first few weeks was the trendsetter. And that’s the thing that was going to give confidence. Now it’s time to sprint," the Democratic mayor said. He added, "So the groundwork is laid, now it’s time to put this into action on a 24/7 basis."

Vaccination sites will be set up at locations including three public schools, de Blasio said. Current state guidelines allow health care workers and nursing home residents and staffers to receive the vaccines, but de Blasio said he is pushing for the shots to be available to essential workers including police officers, firefighters and teachers.

"We need to start moving into as many categories as possible in the next few weeks," he said.

When he first announced his million-vaccination goal last week, de Blasio said 1 million people would be vaccinated in January. Reaching that target would require 2 million doses, since both the Pfizer and Moderna vaccines require two doses a few weeks apart to be fully effective.

"One million doses, but remember, depending on when people get their first dose there’s a waiting period you have to go through before the time you can get your second dose," de Blasio said. "So it’s not a choice of is it 1 million people or is it half-a-million people. It’ll be something in between in terms of people number but in terms of doses it will be 1 million doses."