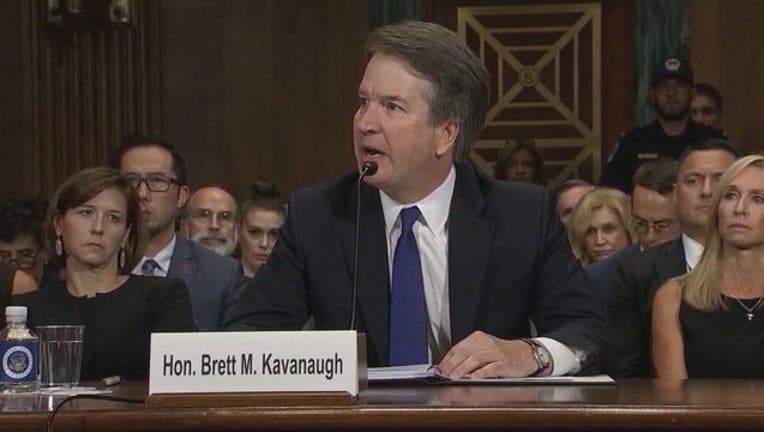 NEW YORK (AP) - The New York Times says it shouldn't have assigned a writer who criticized Brett Kavanaugh on social media to its news story about the Supreme Court nominee's alleged involvement in a bar fight in 1985.

The newspaper said Tuesday that it stands by the story published a day earlier, which said Kavanaugh was questioned by police in New Haven, Connecticut, accused of throwing ice at another bar patron. Kavanaugh, who was not arrested, was attending Yale University.

One of the story's authors, Emily Bazelon, wrote on Twitter in July when President Trump nominated Kavanaugh that she strongly disassociated herself from any praise of the judge.

Given that Twitter remark, the White House has questioned the Times' motivation in writing the story.