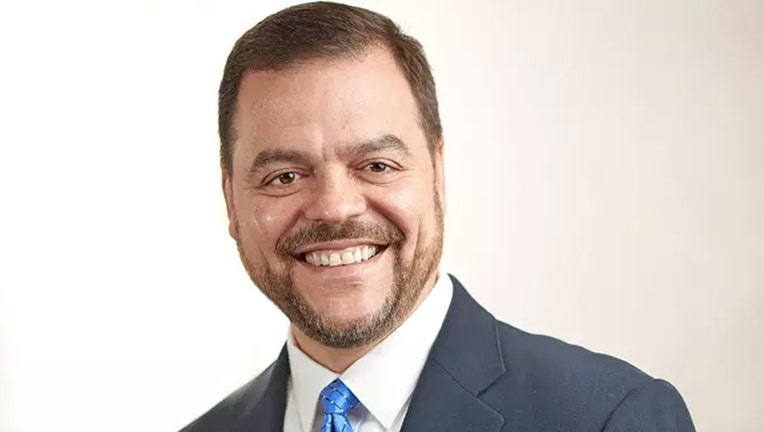 NEW YORK (AP) - A New York lawmaker in charge of the state Senate's crime victims committee was arrested Tuesday, police said, after he was accused of choking his estranged wife amid an ongoing divorce case.

Sepúlveda, a Democrat representing parts of the Bronx since 2018, was removed Tuesday as chair of the state Senate's Crime Victims, Crime and Correction Committee. He was also stripped of other committee assignments.

Sepúlveda's lawyer called the allegation "false" and said it was "a calculated attempt by a disgruntled party to leverage a divorce settlement."

Records show Sepúlveda's wife filed a dissolution of their marriage on Nov. 2 in Orange County, Florida, where they own a home. A lawyer listed in court records as representing Sepúlveda's wife in the divorce case said through a secretary that she could not discuss the matter.

Mason said police were called to Sepúlveda's home in the West Farms section of the Bronx around 5:45 a.m. Saturday for a domestic incident. He and his wife, 40, accused each other of assault, police said.

Sepúlveda's wife previously sought an order of protection against him in 2015, when he was a member of the state Assembly. Sepúlveda said at the time that it was a temporary order later withdrawn by his wife. Both said that in that incident they had an argument but that it never turned violent.

Sepúlveda's lawyer, Marvin Ray Raskin, contends that it is the lawmaker who has been the victim of recurring physical violence at the hands of his wife. Raskin in a statement reacting to the arrest that Sepúlveda has been enduring the alleged abuse for about nine years in part because he and his wife have a young child.

"All allegations must be taken seriously and investigated to the full extent of the law," Raskin said. "... The issues raised must see the full light of day, and we are confident that when the true history of the relationship is understood, the facts that present themselves will clear his name."

In Albany, the reaction to the allegations against Sepúlveda was swift.

Senate Minority Leader Rob Ortt, a Republican from the Buffalo area, called on Sepúlveda to resign immediately if the allegations were true.

"Let me be clear: we cannot tolerate any acts of domestic violence from anyone, especially a sitting member of our Senate Chamber," Ortt said in a statement.

Andrea Stewart-Cousins, the Democratic Majority Leader who removed Sepúlveda from his committee roles, said: "I take these allegations extremely seriously and will be monitoring this situation closely."