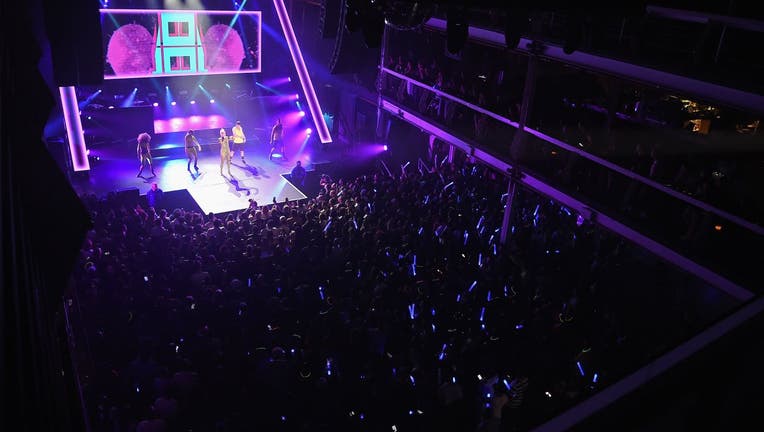 A view of the crowd as Rita Ora performs onstage during MTV VMA Kickoff Concert presented by DirecTV Now at Terminal 5. (Photo by Jamie McCarthy/Getty Images for MTV & DIRECTV NOW)

NEW YORK - Three online ticket brokers from Long Island will pay millions of dollars in civil penalties after settling with the federal government over allegations that they illegally bought thousands of tickets for musical and sporting events, then resold them at huge markups.

Just In Time Tickets Inc, Concert Specials Inc, and Cartisim Corp, all based in Great Neck in Nassau County, and their owners will pay settlements totaling $35.3M.

According to the U.S. Attorney's Office, all three companies violated the 2016 Better Online Ticket Sales (BOTS) Act, which banned the use of "bots" and other methods to get around purchase limits for events imposed by sellers like Ticketmaster.

New York's attorney general says the odds are against you when it comes to scoring good tickets to concerts or sporting events.

"The defendants allegedly circumvented Ticketmaster’s restrictions on users holding multiple accounts by creating accounts in the names of family members, friends, and fictitious individuals and using hundreds of credit cards," the Attorney's Office said in a statement. "They also allegedly used ticket bots to fool tests designed to prevent nonhuman visitors.  In addition, the complaints assert that the defendants used programs to conceal the IP addresses of the computers they used to make purchases."

Under the terms of the settlement, the three brokers will no longer be able to use bots or other computer programs to get around ticket limits, from concealing the IP addresses of computers they use to make ticket purchases and from purchasing tickets from any credit or debit account in the name of anyone other than their corporate officers and employees.

"Those who violate the BOTS Act cheat fans by forcing them to pay inflated prices to attend concerts, theater performances and sporting events," stated Acting U.S. Attorney Seth D. DuCharme.  "This Office will spare no effort in prohibiting deceptive practices that harm consumers."