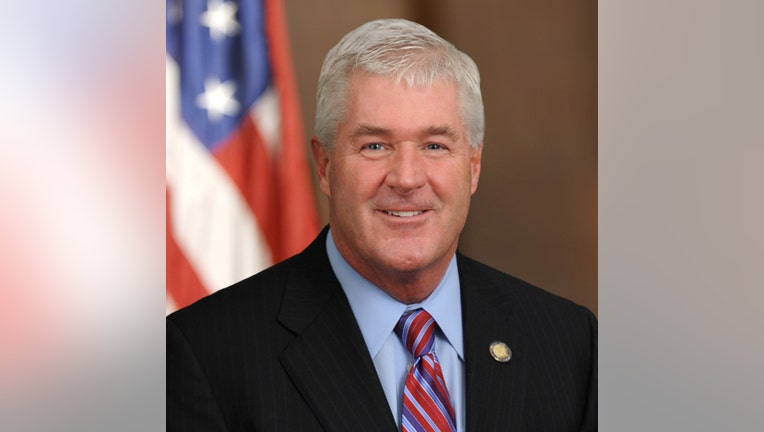 ALBANY, N.Y. - A Republican lawmaker charged with drunken driving blamed his wife for a New Year's Eve crash and reportedly told a witness, "You know how women drive," according to court documents released Tuesday.

A breath test showed that Brian M. Kolb, who previously served as the top Republican in the New York State Assembly, had a blood alcohol concentration of 0.16% — double the legal limit of .08% for driving, according to a court filing by an Ontario County sheriff's deputy.

Authorities said Kolb was behind the wheel when his state-issued 2018 GMC Acadia slid off a driveway and down an embankment near his home.

A witness said in a sworn statement filed with the court that when he approached, a man who had been leaning into the vehicle stood up, put his hands up and said "My wife was driving!" then added "You know how women drive."

The witness said he didn't see anyone else around the vehicle, but the man said "his wife was up in the house," according to the statement.

"I was (too) far away to smell any alcohol on the male but I could tell he was slurring his words," the witness said.

Kolb admitted to drinking four or five cocktails at a restaurant in Pittsford, New York, the deputy's court filing said.

Assembly Republicans on Tuesday elected Will Barclay, who represents a district north of the Syracuse area, to replace Kolb as minority leader. His election to the leadership post comes one day before the start of the legislative session.

Barclay declined to comment on whether Kolb should retain his seat in the Assembly in light of the case, but said stepping down from leadership was the right move.

"He's going through some very tough times," he said. "I think (he) served our conference very well and I'm going to leave it at that for now."

Kolb said in a statement that he regrets the events of New Year's Eve and added, "On a personal level, I have begun the process of seeking professional help in order to heal, learn, and fully address the challenges that I, along with my family, currently face."