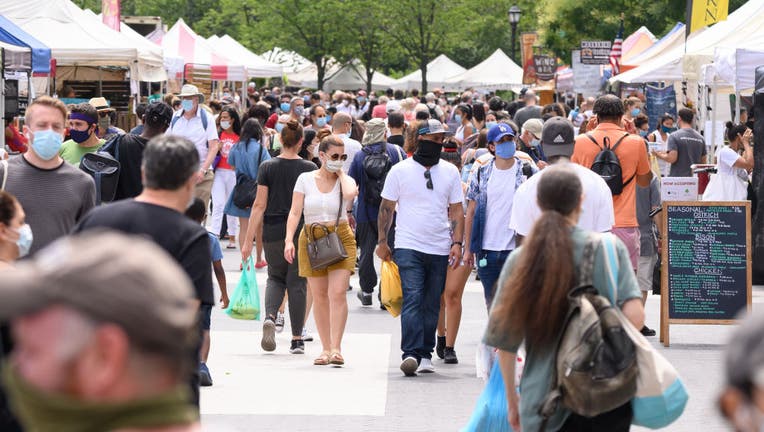 NEW YORK - Governor Andrew Cuomo announced Sunday that a total of 7 million COVID-19 tests have been conducted so far in New York and that the number of tests coming back positive remained under 1 percent for the ninth consecutive day.

Six people died of COVID-19 across the state on Saturday.

"Our numbers reflect the hard work of New Yorkers, and as other states across the nation see surging cases, our numbers remain steadily low. For more than a week, we've seen our positivity rate stay below 1 percent, and to date New York has done 7 million tests—these are remarkable accomplishments that New Yorkers should be proud of," Governor Cuomo said. "New York State is demonstrating that a response guided by science and data - not politics or opinion - is the only effective way to deal with this virus. But, we must not become complacent and risk slipping backwards — everyone must remember to wear their masks, socially distance, wash their hands regularly, and stay New York Tough."

Gov. Cuomo expected to deliver guidance for gyms to reopen in NY

The governor on Monday is expected to released long-awaited reopening guidance for indoor gyms.

Bowling alleys can reopen statewide Monday but must limit occupancy to 50% and establish disinfection protocols for shared and rented equipment. Rules released by Cuomo Friday also require bowling alley staff to close every other lane and bring food and alcohol to customers.

Gov. Andrew Cuomo announced that bowling centers may reopen at 50% capacity. Frank Wilkinson, the owner of Rab's Country Lanes, said he and his staff will make it work in the short run. But he said his center has been closed since March 16 and he has tens of thousands of dollars in expenses every month.

More than 600 COVID-19 cases were confirmed in more than half of the state's 62 counties Saturday. The new cases represented 0.78% of those tested and brought the statewide total to just over 425,500.

The pandemic hit New York this spring and saw a peak of more than 700 deaths a day in early April. In all, New York has seen 25,250 virus-related deaths.