The northern lights were captured Oct. 19 in a timelapse video by British photographer Matt Robinson on the island of Senja. Credit: Matthew Robinson via Storyful

SENJA, Norway - The northern lights danced across the night sky in Norway this week, treating onlookers to a stunning show overhead across the region.

The mesmerizing shades of green and violet were captured Oct. 19 in a timelapse video by British photographer Matt Robinson on the island of Senja.

The footage shows the lights, also called the aurora borealis, as it creates a spectacular display over houses and mountains on Norway’s second largest island. At one point in the video, a shooting star crosses the sky.

Robinson told Storyful that he regularly films video in the region. But he noted on Twitter that this particular event “really took me by surprise!”

“I’m so far north within the Arctic Circle that if the sky is clear here, we’ll see the northern lights, we just have to walk out the door,” Robinson told Storyful. 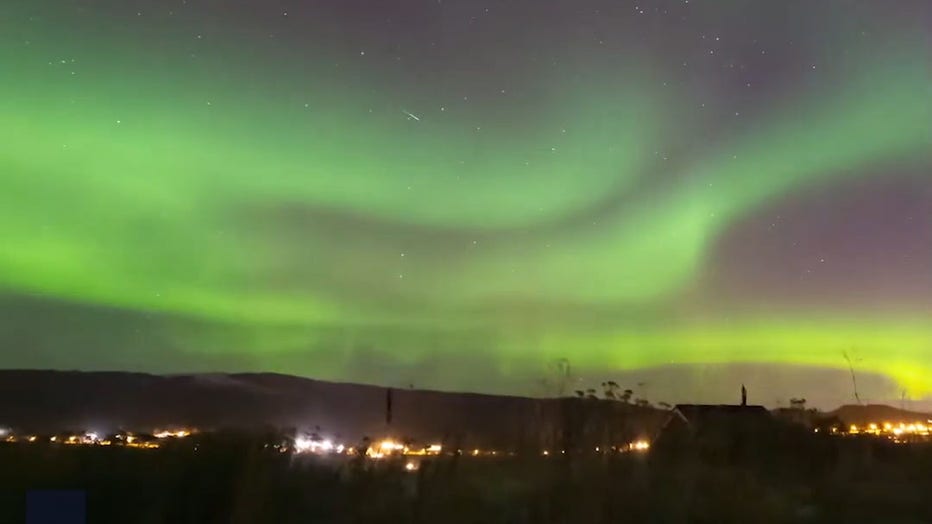 The footage was captured Oct. 19 in a timelapse video by British photographer Matt Robinson on the island of Senja, Norway. (Credit: Matthew Robinson via Storyful)

Robinson filmed this video using a Canon 6D camera and recorded the footage over a 30-minute period, he added.

The northern lights are created from a collision between electrically charged particles from the sun that enter the atmosphere of the earth and show up at night when the sky is dark, according to Norway’s official visitor website.

Landing on most travelers’ bucket lists, the best time to witness the northern lights is typically in the spring time (March/April) and autumn (September/October), which has the highest level of aurora activity, according to the visitor website.