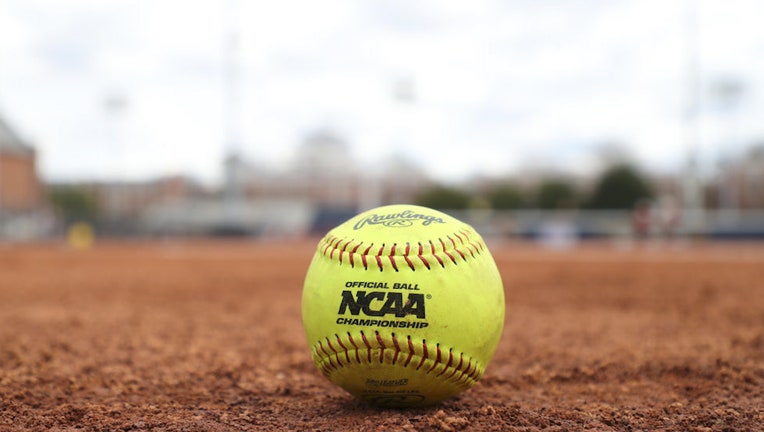 FILE - NCAA softball on a field.

Trautwein faced 21 batters and struck them all out.

"That was a great performance by Hope," North Texas coach Rodney DeLong said, via the school’s website. "Any time she gets the ball, she never surprises us with the success she has. She's the hardest worker on our team, she brings it every day and she deserves all the credit and all the success in the world."

RELATED: States with anti-transgender sports bills put on notice by NCAA Board of Governors

Trautwein had 21 strikeouts in her first start of the 2021 season but allowed five hits. The performance came against Southeastern Louisiana in February.

The single-game record for strikeouts in an NCAA college softball game is 28 by Northwestern’s Eileen Canney in 2006. The game against Minnesota went 18 innings. Baylor’s Cristian Vitek also had 28 strikeouts in 16 innings against North Carolina in 2004.

North Texas won Trautwein’s game and the second game of a doubleheader Sunday. The Mean Green are 19-9 and 2-2 in conference play.