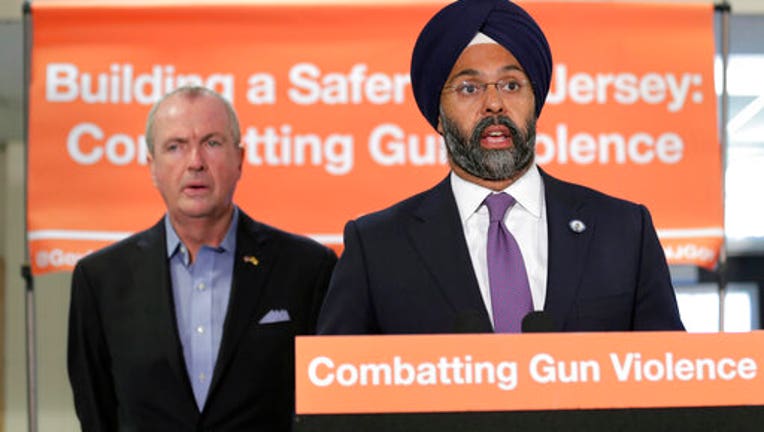 Attorney General William Barr announced this week the United States was taking New Jersey to court over a 2018 policy that called for state and local police to limit how much they help federal officials enforce immigration laws.

It's not the first time this state policy has been in court, though. Two counties challenged the directive, though a judge hasn't ruled yet.

A closer look at this high-profile case:

At the heart of the federal government's case against New Jersey is a 2018 policy Grewal issued called the Immigrant Trust Directive.

Grewal and the policy's supporters say the document is aimed at drawing a bright line between state criminal law encroachment and federal authorities, who enforce civil immigration law.

Under the policy, officers cannot arrest or stop anyone based solely on their immigration status. They also cannot ask about immigration status unless it's necessary as part of an ongoing investigation of a “serious offense.”

Additionally, officers are barred from participating in immigration enforcement conducted by U.S. Immigration and Customs Enforcement and cannot give ICE access to resources unless they're also readily available to the public.

The policy's rules also prevent officers from letting ICE interview anyone arrested on criminal charges unless the person is advised about the right to have a lawyer.

Grewal disputes the policy amounts to “sanctuary," saying it's necessary to build trust in immigrant communities and police.

WHY IS THE TRUMP ADMINISTRATION SUING?

The Trump administration is challenging the policy because it says New Jersey officials failed “on multiple occasions” to provide information about the release dates of immigrants who had been charged with or convicted of crimes.

Trump's team also argues the policy is unlawful under the Constitution and amounts to obstruction of federal immigration enforcement.

IS THIS THE FIRST CHALLENGE THE POLICY HAS FACED?

No, state authorities in Ocean and Cape May counties challenged the policy in federal court, making similar arguments to the Trump administration. The U.S. District Court judge has not ruled yet in that case.

Trump, who was in Wildwood, New Jersey, in January for a rally in honor of new Republican Rep. Jeff Van Drew, who left the Democratic Party over the impeachment charges against the president, alluded to the policy in his roughly hour-long speech. Trump suggested the directive amounted to a sanctuary policy — the crowd booed.

Murphy campaigned in 2017 on making New Jersey and “fair and welcoming” state, and cast a strong contrast with Trump on immigration in particular.

New Jersey has about 1 million more registered Democrats than Republican, though unaffiliated voters are the biggest bloc in the state.