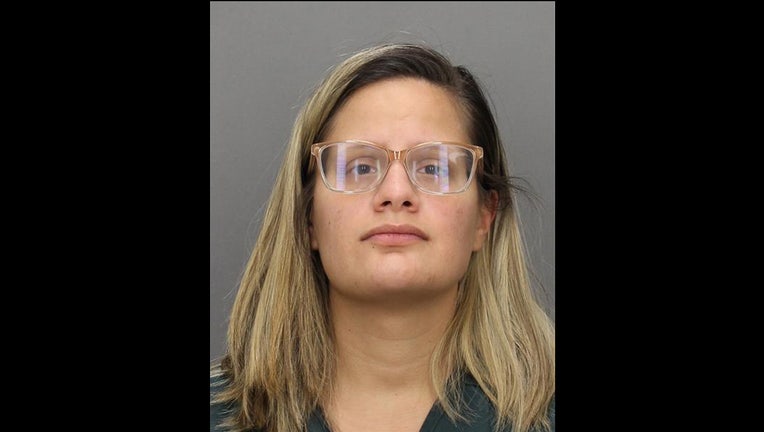 Kristhie Alcazar is accused of stabbing her 5-month-old baby to death.

NEW JERSEY - A New Jersey mom allegedly admitted to killing her 5-month-old daughter to "fulfill the last of her sins, murder," according to court documents.

Kristhie Alcazar, 26, appeared in court Monday after she was charged with murder for stabbing her baby to death.

It happened in Penns Grove on Friday.

According to the Salem County Prosecutor’s Office, police responded to a 911 call with an audible disturbance going on in the background.  They said they found the child with visible stab wounds to the chest, they said.

Police found multiple knives and other evidence at the scene.  The baby's death was ruled a homicide.

Alcazar told police "she would not change any of the events surrounding the murder," according to an affidavit, NJ.com reported.

The father of the infant was not at the residence at the time of the incident.

A detective also stated that she showed no remorse and said she was of "sound mind and body" at the time.

She was being held without bail at the Salem County Jail since being arrested on Saturday.  She was being represented by a public defender.