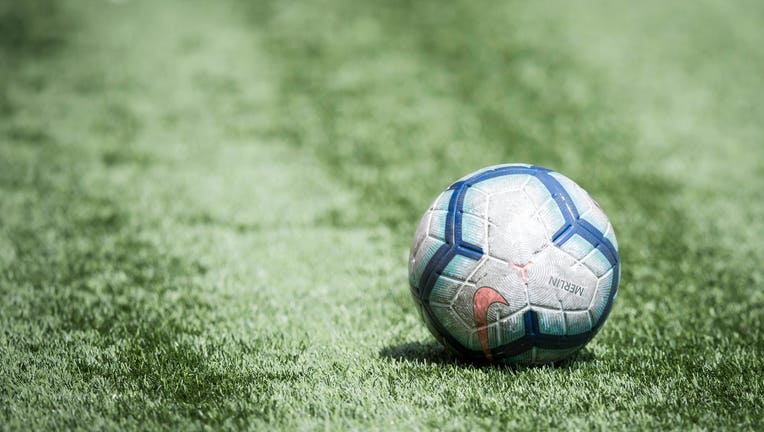 A practice ball with the Nike Logo sits on the grass in a file image taken August 18, 2019 in Harrison, N.J. (Photo by Ira L. Black/Corbis via Getty Images)

NEW JERSEY - The agency that oversees high school sports in New Jersey has decided that indoor fall sports will be delayed until early next year, but outdoor sports will start their seasons in about a month.

The New Jersey State Interscholastic Athletic Association's Sports Advisory Task Force released its “Return to Sports Plan” on Thursday. It features condensed schedules and will keep most contests local. The plan also prohibits out-of-state competition except for “exceptional circumstances” and states post-season play will be limited and local, with no statewide championships.

The indoor fall sports — gymnastics and girls volleyball — will be moved to a new, special season that will begin with practices on Feb. 16. They will start their seasons on March 3.

The task force noted that if circumstances force the outdoor fall sports to be postponed, their seasons will also be played during this “special season” time frame.

Winter sports teams will be allowed to start practicing on Dec. 3, with competition commencing on Dec. 21.

The NJSIAA says dates for the spring sports season will be announced at a later date.

The agency said the task force’s goals were to ensure health and safety of athletes; promote participation, not championships; limit travel; and stay flexible in the face of changing circumstances.