CAMDEN, N.J. - A group of fathers from Camden County who wanted nothing more than to support their daughters came up with an unconventional bonding opportunity.

The Daddy Bolt of the Lindenboro Chargers is a group of cheerleading fathers. The group held its first performance Sunday evening at the Spirit Extreme Pot of Gold Classic.

The club’s president came up with the idea of a dad squad, and it was immediately well-received by his fellow fathers. They knew it would make their little girls smile.

"A lot of us have sons play baseball we’re coaches, police officers, military, and now we’ve found something that we can do to bond with our daughters," Eric Easter said.

‘Dads are the best’: Fathers dance ballet with daughters at Philly studio

Daddy-daughter bond captured in viral photo shoot: ‘He showed his most manly side' 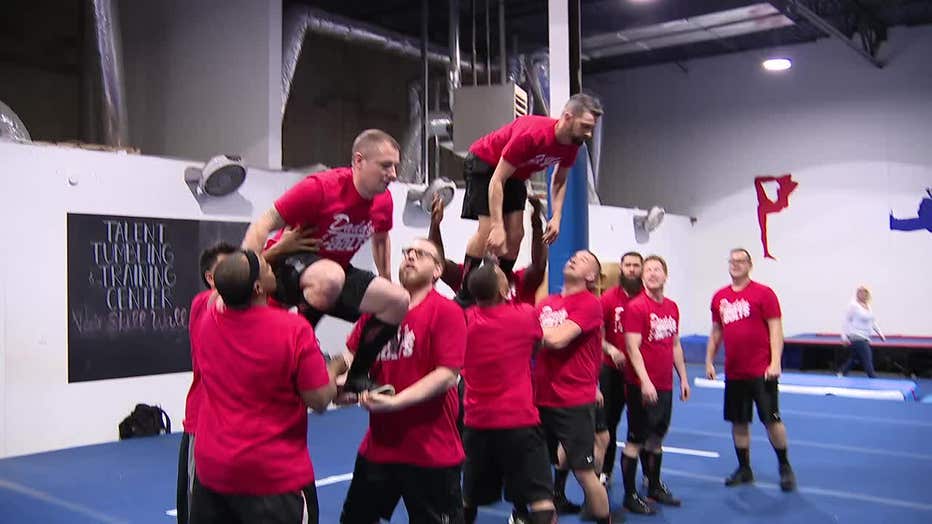 After an hour of practice a week for the last month and a half, the Daddy Bolts have found a new level of respect for the sport. The squad's coach, Rachel Amato, didn't go easy on them.

"They were like 'Oh, okay. We'll just come here and jump around.' And we were like, 'No, we're actually going to do stunts and we're going to do good stunts because I don't want ot be embarrassed out there,'" Amato said.

With their families cheering them on in the stands, they powered through like the champs they are and always will be in their daughters eyes.

"It was funny, but it was also cool at the same time," Jayah Thompson said of her father and his squad members.

"They killed it on the mat," Amato said. "They were amazing, we couldn't be more proud of them and now they're so excited to go to nationals."

Camden dads pick up cheerleading to bond with daughters

FOX 29's Jennifer Joyce has the story in South Jersey.